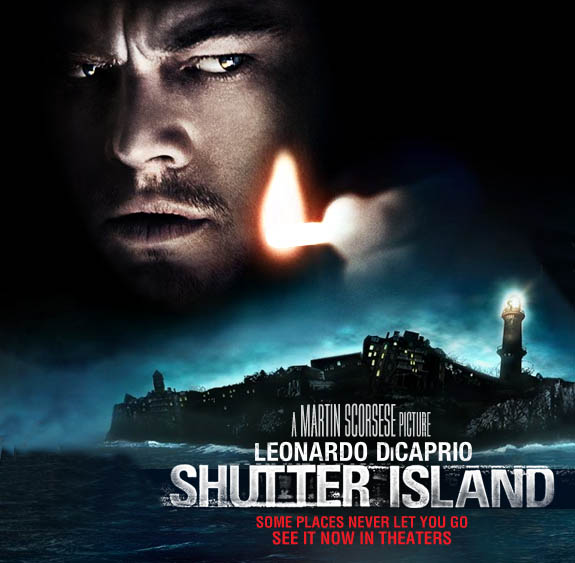 HOLLYWOOD —Martin Scorcese is doing it again. After his 2006 Oscar winning film “The Departed” no one knew what would come out of the mind of one of Hollywood’s greatest directors.  “Shutter Island” is that film.   It’s a very exciting but long movie that stars Scorcese’s golden boy Leonardo DiCaprio in a very frightening and often shocking portrayal of a time period that the director and actor are known for —their last epic in the general time frame was “The Aviator.”

Paramount Studios states the following about the film. “It’s 1954, and up-and-coming U.S. marshal Teddy Daniels [Leonardo DiCaprio] is assigned to investigate the disappearance of a patient from Boston’s Shutter Island Ashecliffe Hospital. He’s been pushing for an assignment on the island for personal reasons, but before long he wonders whether he hasn’t been brought there as part of a twisted plot by hospital doctors whose radical treatments range from unethical to illegal to downright sinister. Teddy’s shrewd investigating skills soon provide a promising lead, but the hospital refuses him access to records he suspects would break the case wide open.”
From there, there is a hurricane that hit’s the east coast in New England, then communication is cut off from the rest of the world.  Even more dangerous criminals at this hospital for the criminally insane escape during all the bad weather.   Teddy begins to doubt his own sanity when flashbacks of his beautiful late wife played amazingly by Michelle Williams start to flood his memory. Mark Ruffalo plays Teddy’s partner Chuck and within hours the two become virtual inmates themselves at the hellish styled mental facility.  The film incorporates horror with suspense and the only problem is it goes on about 30 minutes too long.
DiCaprio’s acting is astounding. He’s grown completely as a performer and is playing a role like no other he’s ever done in the past.  The almost ghoulish location and dreary weather does add to the story but it sometimes seems almost depressing.  Though that may have been the director’s point.  Ben Kingsley as Dr. Cawley will make anyone afraid to pay a visit to their local shrink ever again.  Though he’s also a great addition to the star-studded cast, which includes Max von Sydow as another creepy physician, Dr. Naehring and Ted Levine as the warden.
Don’t expect to go to this film without being scared to death. It’s absolutely shocking and the ending culminates into the discovery of a mystery surrounding Teddy’s late wife.   I did enjoy the 1950s style of the film and all in all, I embraced the macabre because it was done by Scorcese.
“Shutter Island” gets Four out of Five Stars.  It opens on Friday.