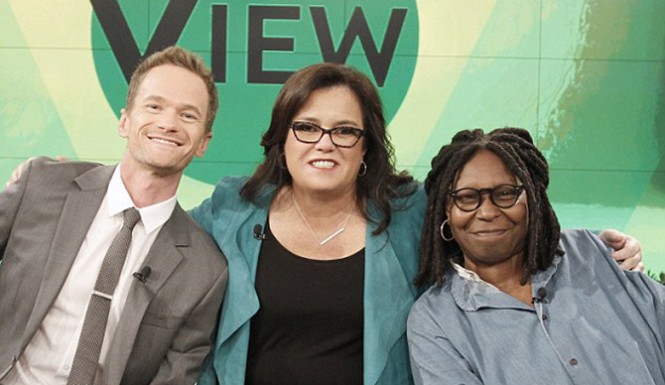 HELLO AMERICA!—Since the big verbal explosion between hosts Whoopi Goldberg and Rosie O’Donnell on “The View,” I have been hesitating to tune in to see what the fallout of the battle between the two women was like.  It was gratifying to find freshman Hosts Rosie Perez and Nicolle Wallace settled in quite nicely.

They were relaxed, properly informed on every subject and related to the audience with ease and sincerity.

As for Goldberg and O’Donnell, I detected a serious resentment between the two women. It seemed as though Goldberg was determined to show her dominance over the direction of the discussion while O’Donnell stared on with utter distain.  It didn’t matter to “Momma” Goldberg; she continued to sight her point, raising her voice emphasizing her point of view.

During the years with Walters on the panel, Whoopi was careful about what and how she expressed her point of view, but now the real face of Goldberg has emerged.

Locking horns with O’Donnell each day is liken to two boxers determined to kill each other.  They are two female gladiators waiting for their moment to dominate.  When Perez and Wallace are permitted to chime in with their opinions the existing tension subsides. However, the atmosphere is still a bit stiff and uncertain. The bottom line is that Whoopi Goldberg and Rosie O’Donnell can’t stand each other and they are playing a game of survival.

There is no doubt that the producers of the show have discussed the situation with the two women, but they also possibly believe that their silent battle might be good in attracting an audience. Let’s face it, numbers are important. It’s all about business.

Since I’ve been aware of Whoopi for many years, I am used to her upfront outspoken manner.  However, her physical appearance on the show looking like a bag lady promoting Halloween costumes is rather uncomfortable to watch on a daily bases.

Evidently, the producers are afraid to deal with Whoopi knowing how unapproachable she is. She is, without a doubt, very smart, sometimes funny in a stereotypical way, but the woman has little to no class.

She is an embarrassment to many Black people who are working so hard to belong. The days of Moms Mabley are over, but even that wonderfully old funny lady had class.