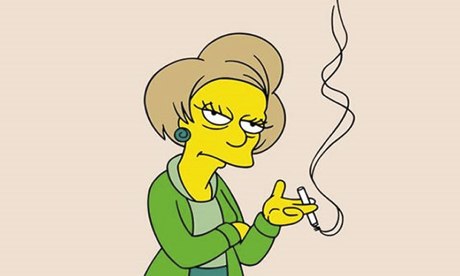 LOS ANGELES—Long time fans of “The Simpsons” will miss one of their iconic characters in the city of Springfield. Bart Simpson’s teacher, Mrs. Edna Krabappel voiced by actress Marcia Wallace, passed away from  breast cancer on Friday, October 25, at the age of 70.

She made her career starring on various sitcoms including “Full House,” “7th Heaven,” and “The Bob Newhart Show,” where she portrayed Newhart’s secretary in 139 episodes. While acting on television she went on to portray a variety of voice characters in “Aladdin,” “Captain Planet,” “Darkwing Duck” and many others. She has portrayed the voice of Mrs. Krabappel for over 23 years on “The Simpsons.”

Fans may remember Wallace in one of her most memorable “Simpsons” episodes from 1990 titled, “Bart Gets an F” where the young character puts off studying for an important test that he ends up failing. In a plea for his life with Mrs. Krabappel, she gives him a second chance. Despite losing time, a prayer to God gives him a snow day where Bart studies and fails once more, but out of pity his teacher gives him a D.

Mrs. Krabappel’s famous tagline included the phrase, “Ha!” Fans have grown to love her sarcasm, along with her relationship with Springfield Elementary principal Seymour Skinner, and in recent years her marriage to the Simpsons next door neighbor Ned Flanders. In a statement made on Facebook on Saturday, October 26, Al Jean executive producer of “The Simpsons” wrote, “I was tremendously saddened to learn this morning of the passing of the brilliant and gracious Marcia Wallace. She was beloved by all at “The Simpsons” and we intend to retire her irreplaceable character.”

Wallace won an Emmy in 1992 for her voice over role as the smoking chocoholic divorcee. She is survived by her adopted son Michael.