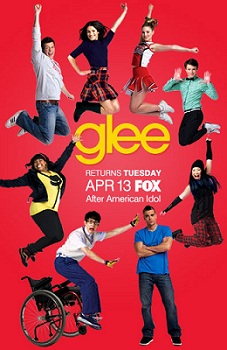 HOLLYWOOD —For some of us, high school was a nightmare, for others not so much.  Ryan Murphy’s television break-out “Glee” is a hilarious hoot that takes us all back to that crucial time in our lives.  While “Glee” depicts the lives of the teachers and students at McKinley High School, there’s a way to see some characters from the series that remind you of teachers or students in your lives.  The series stars Matthew Morrison as Will Schuester and his goal to re-establish the school’s glee club.  Will is reminiscent of that teacher we all had who was that voice of reason; pushing us to go beyond our limits and see the “gift” inside us, even if we couldn’t see it.  He’s the heart of the show.

Then we have the students who comprise the school’s glee club. Rachel Berry (Lea Michele) is the voice and star.  When she belts out a song, oh does she ever.  She’s that overachiever, as well as the outcast trying to find herself.  She knows that she’s the best, so taking a step back to allow someone else to shine is difficult for her.  Her presence lights up a room.  Then there’s Kurt Hummel (Chris Colfer) as a soprano who struggles with his sexuality.  In the episode, “Preggers” Kurt tells his father, portrayed by Mike O’Malley, that he is gay.  It’s a powerful episode where Kurt contemplates whether he should tell his father the truth; he auditions as a kicker for the football team to impress his father and in an emotional moment the two bond.  Artie Abrams (Kevin McHale) is the wheelchair-bound teen who doesn’t allow his disability to stop him from chasing his dreams and singing out his heart. Mercedes Jones (Amber Riley) has the voice of a powerhouse; so strong that at times she has to play back-up, and then there’s Tina (Jenna Ushkowitz) who uses her fake speech impediment as a cover up, but through singing her confidence boosts.

Not all members of the glee club are social outcasts, there’s Finn Hudson (Corey Monteith) star and captain of the football team who takes a huge risk by joining the glee club. There’s his best friend Puck (Mark Salling), also a football player, and Finn’s cheerleader girlfriend Quinn (Diana Agron). They found themselves a part of the singing club, despite initial hesitation to join.  We’ve all encountered that moment in high school where we were afraid to branch out of our “clique” for the fear of being ostracized.  That’s what makes “Glee” so great; it acknowledges the fact that it’s okay to not let one single thing define you as a person.

The show tackles issues relevant for teenagers including peer pressure, teen pregnancy and bullying amongst others, as well as addressing topics relevant to adults (infidelity, deception, jealousy and love).  The antics that occur between Sue Sylvester (Jane Lynch), head coach of the school’s successful cheerleading squad, and Will are classic.  It’s the battle between good and evil that test morals and limits.  How far is one willing to go to be successful?  While not trying to re-build the glee club, Will has to deal with his wife, Terri (Jessalyn Gilsig) and faces temptation with his burgeoning relationship with the school’s guidance counselor Emma Pillsbury (Jayma Mays).

While many would like to classify “Glee” as a comedy, I’m keen to deeming it a satirical dramedy; not only is it funny, but it’s also relevant.  After each episode you find yourself reflecting or discussing something depicted in the episode.  Of course, the best part of the show is the singing numbers.  They’re so inventive and crowd-pleasing.  The series has tackled classics like Aretha Franklin’s “Respect,” Tina Turner’s “Proud Mary,” Queen’s “Somebody to Love” as well as keeping the younger audiences engaged with renditions of Rihanna’s “Take a Bow,” Kanye West’s “Gold Digger,” Katy Perry’s “I Kissed a Girl,” and Beyonce’s ubiquitous hit “Single Ladies (Put a Ring On It).”  Seeing the football team re-enact that choreography for that video was classic, entertaining and comical.

Each student is allowed to have that moment in the spotlight, and of course we all want that single moment where all eyes are on us; most of us will never admit it though.  “Glee” teaches audiences that through the power of song people can become unified, regardless of genre.  Music is a powerful medium that digs deep into our emotions.  All new episodes of “Glee” began airing on Tuesday, April 13, on Fox with New Directions moving on after their victory at Sectionals.  Let the singing sensation continue!