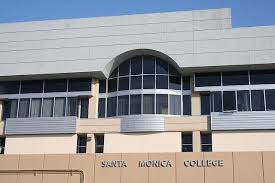 SANTA MONICA—At the end of last month, it was publicly announced that Santa Monica College would once again be the recipient of a substantial monetary grant from the federal government. SMC was granted $4.87 million from the Department of Labor’s Community-Based Job Training Grant program.

The Department of Labor aims to promote growth in career fields that are currently expanding and are in increasingly high demand. The grant for Santa Monica College will go towards the implementation of a recycling and resource management program. Recycling and other “green” industries are becoming more and more widespread, and a trained and educated workforce will be needed to run such operations.

Other community colleges will receive grants for cyber security, information technology and health care. In 2005, SMC received $1.39 million for its nursing program from a similar Department of Labor grant, since the health care industry is constantly growing.

Forty other community colleges around the country will receive grants this year, while a total of 323 schools applied. A total of $125 million will be dispersed among the 41 schools that were chosen for the program.

President Obama proposed an even more extensive program designed to strengthen and expand our country’s community colleges in his American Graduation Initiative. The program would have seen $12 billion spent on community colleges over the next decade in hopes of raising the U.S. college graduation rate to the highest of any nation in the world. AGI would have made the current Department of Labor grant program obsolete, but since it did not pass, the Community-Based Job Training Grant program will continue to promote job training for growing industries at community colleges.

Fertilizer Is A Seasonal Commodity