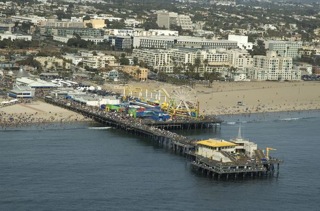 SANTA MONICA—Plans to ban all smoking on the Santa Monica pier persist. Two fires on the pier, caused by discarded cigarette butts, have spurred discussions that smoking should be fully banned as a safety precaution, eventhough smoking is currently limited to seven designated spots on the pier.

The outright ban may face opposition in the city council, as it is an extreme measure.  People will have to walk the length of the pier and onto the street in order to smoke, which will pose difficulty for some. However, supporters of the ban will argue for it as both a safety precaution and a public health initiative.

Does Turkey Have To Be A Thanksgiving Staple?