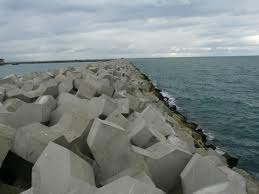 SANTA MONICA—On October 30, officers assisted Harbor Guards with a boat that was coming ashore on the 1500 block of the beach. The Santa Monica Police Department is continuing its investigation as one man passed away in a boating accident.

According to the investigation, two men were attempting to catch lobsters near the “break water,” but the boat began to drift. “As they were drifting, a line from the boat became entangled in the boat propeller.  The boat drifted into the break wall and ejected the individuals out of the boat.  After climbing onto the break wall, the individuals attempted to swim to the boat as it was drifting toward the Pier,” states the SMPD press release sent out by Sergeant Jay Trisler. The victims swam to the boat but reportedly one of them, a 52-year-old white male from Anaheim, became unconscious; therefore, the man’s companion, a 42-year-old white male from Huntington Beach, held him afloat as he hailed for aid, and the Harbor Guards answered the call.

The SMPD arrived as Harbor Guards had entered the water and brought the men ashore with the help of paddle boards. The man from Anaheim remained unconscious, and Harbor Guards administered CPR and an AED device. He was pronounced deceased at a local hospital.

The other man was also transported to a local hospital and was treated for mild hypothermia.

The SMPD is currently investigating the incident as an accident.