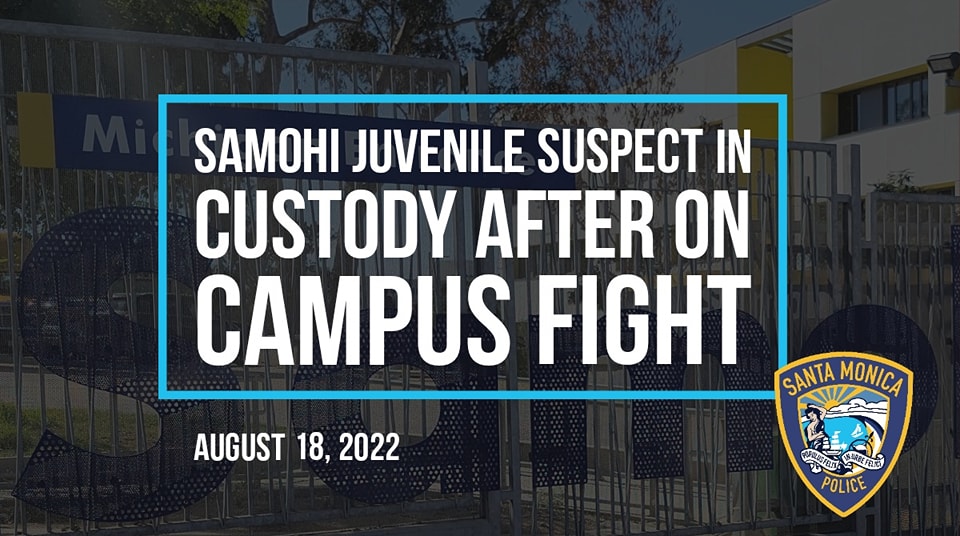 The SMPD reported at approximately 12:43 pm, officers were dispatched to the campus for a fight involving multiple students. Officers arrived one minute after and located a student (minor) with a facial laceration he suffered during the fight. The student was immediately transported to a local hospital for treatment of a non-life-threatening injury.

The primary suspect in the incident, a Santa Monica High School student (minor), was last seen running off campus and was located and taken into custody by authorities. The weapon utilized in the attack was a small black knife, which remains outstanding. SMHS stayed open, and students continued attending classes while SMPD personnel remained on campus investigating the incident. The victim has been discharged from the hospital and is recovering at home. The name of the victim and the suspect have not yet been disclosed to the public.

Lt. Rudy Flores of the SMPD indicated in an email to Canyon News the following statement:

“As mentioned, our students and staff are our top priority.  We will continue to work closely with the district and our personnel will be visible on and around the campus.”