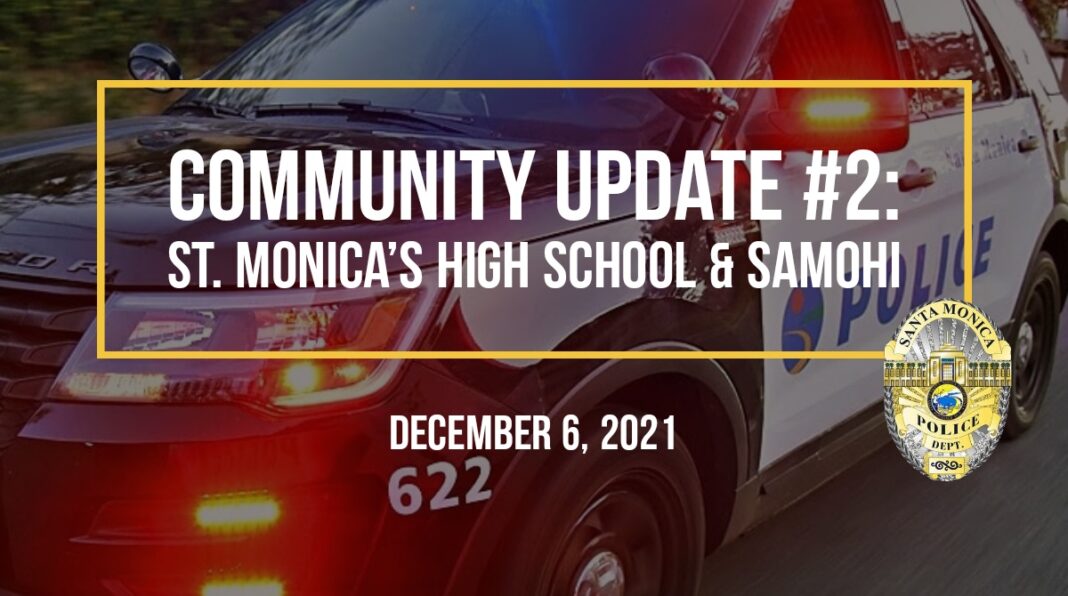 During the course of their investigation of the St. Monica’s incident, officers determined the threating message originated and was aimed at Elk Grove High School, a school in Northern California. A report was taken.

At around 8 a.m., police officers responded to Santa Monica High School regarding a student that made a threatening post on a private Snapchat page sometime last night. The post was seen by other students who informed their parents, who in turn notified school officials. The student was detained and questioned by school authorities and police personnel.

The student’s personal property, vehicle and home was searched by authorities yielding no weapons nor other criminal related items. The student was removed from school and released to the custody of his parents. A report was taken for further investigation.

The SMPD has increased patrols in the surrounding areas of both campuses and will maintain in close contact with school staff. The community is asked to report anything they see by calling 9-1-1 or 310-458-8491 for non-emergency dispatch.

On Tuesday, November 30, Ethan Crumbley, 15, of Oxford, Michigan shot and killed four students inside Oxford High School and injured several others. Crumbley was taken into police custody without incident where he has been charged with multiple counts of murder.

His parents, James and Jennifer Crumbley were arraigned on Saturday, December 4 after being charged with four counts each of involuntary manslaughter in the deaths of students, Tate Myre, 16, Madisyn Baldwin, 17, Justin Schilling, 17 and Hanna St. Juliana, 14. Ethan was charged with one count of terrorism causing death, four counts of first-degree murder and seven counts of assault with intent to murder.