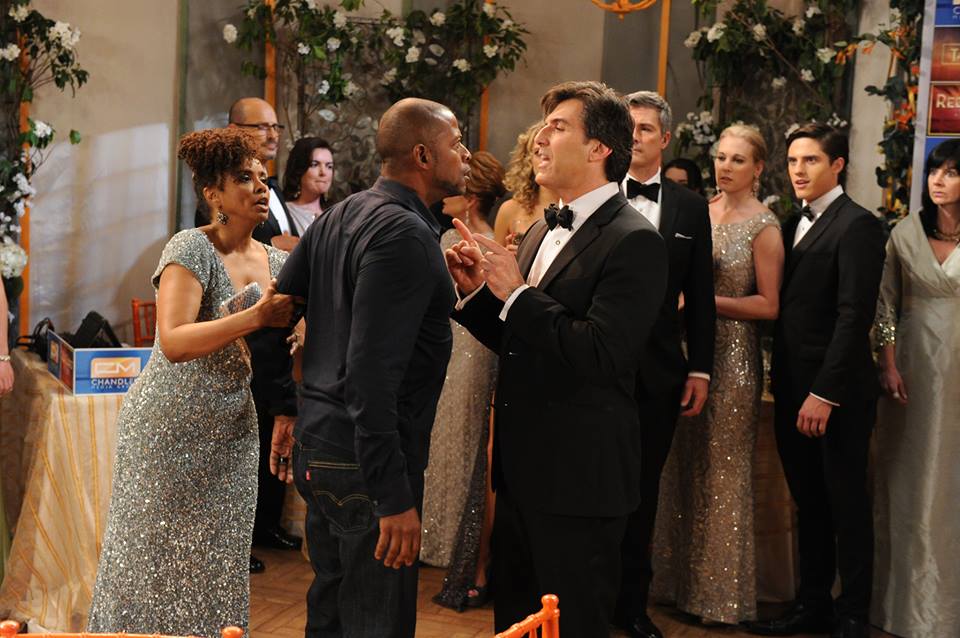 HOLLYWOOD—This week has been a very bad week for soap fans across the nation. Rumors have run rampant about the status of both online soaps “All My Children” and “One Life to Live.” While it has not been confirmed in a statement by Prospect Park who revitalized both soaps after they disappeared from the small screen, actors from the soaps have voiced what many fans have speculated that “AMC” and “OLTL” is no more.

Debbie Morgan from “AMC” sent several tweets on Friday about the rumors. “I guess what really hurts my gut R all the positive proclamations I gave 2 all of U that we’d definitely coming back.” “Bcuz those were the earnest proclamations we’d been given! I’m so very sorry 2c U disappointed yet again & believe me we feel the same!!!”

Soap fans are sure to be upset with the rumblings because “All My Children” was bringing in big numbers with Hulu which distributed the episodes each week with its online service.  Episodes of both soaps were also available for download via iTunes.  I think what delivered the final curtain call for both soaps involved the online market.

While many people do consume media content online, it’s not the same as viewing it on the small screen.  To make matters worse, a large audience of the soap arena may not be as savvy as their younger counterparts. Not to mention the fact that both soaps pushed the boundaries a bit with language and sexuality, which shocked some fans considering it was daytime television after all.

Another fatal blow this week is the news that Soap Net will cease to exist for cable providers as of December 31, 2013.  The network has been a staple for many soap fans that missed their favorite soaps during the daytime hours. The network launched back in 1999 and was quite popular when the soap frenzy was at its peak.

Unfortunately, the network is only showcasing two soaps at the moment “General Hospital” and “Days of Our Lives.”  The network had been airing repeats of “The Young and the Restless,” but that soap recently moved to TVGN. At one point, Soap Net was airing “Y&R,” “AMC,” “OLTL,” “GH” and “DOOL.” So the popularity was at a fever pitch.

This means if you miss “GH” or “DOOL” during its daytime telecast you’re pretty much out of luck to watch the episode on the small screen. This could indeed have an adverse effect on soap viewership.  This has many speculating that the soap opera genre is indeed on the verge of extinction, with only four major soaps still airing on major networks.

The golden years of great daytime dramas are ceasing to exist, but all the audience needs are some great ideas from a talent set of writers and daytime television can be back bigger and better than before. So is anyone willing to step up to the plate?

10 Charged For Drug Trafficking Through SoCal

August Surprises On “Days Of Our Lives!”