“In the rush to obtain and maintain FISA surveillance of Trump campaign associates, FBI officials misled the FISA court, omitted critical exculpatory facts from their filings, and suppressed or ignored information negating the reliability of their principal source. The Inspector General found the explanations given for these actions unsatisfactory.  While most of the misconduct identified by the Inspector General was committed in 2016 and 2017 by a small group of now-former FBI officials, the malfeasance and misfeasance detailed in the Inspector General’s report reflect a clear abuse of the FISA process,” said Barr.

“The FBI misleading the FISA courts, omitting exculpatory facts from their findings, and suppressed or ignored information negating the reliability of their principal source.” 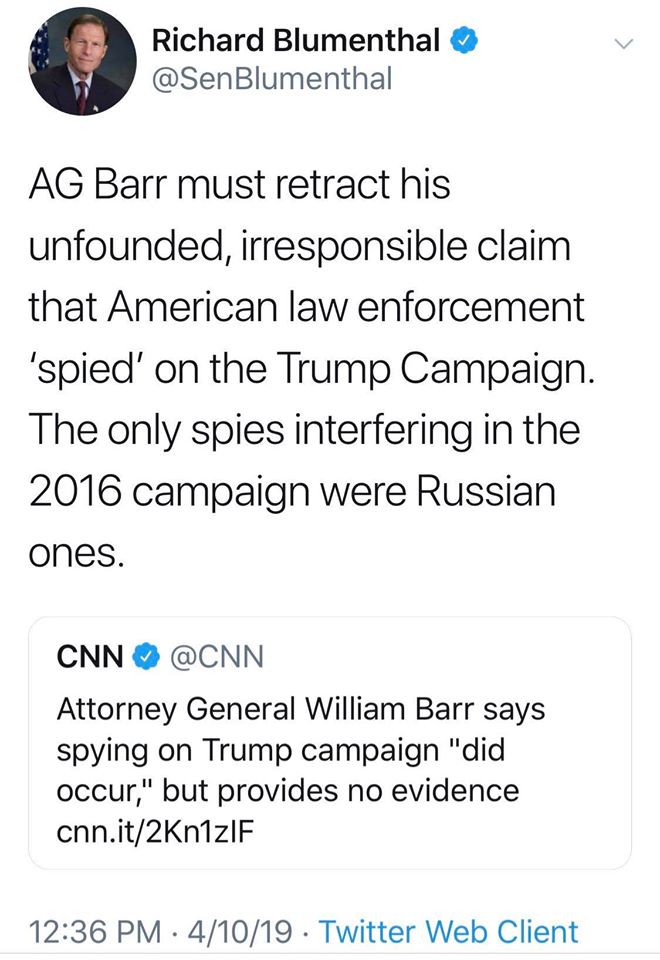 In a recovered Fox News video from May 1, 2018, regarding the Mueller report, AG Barr explains to attorney Richard Blumenthal that in his investigation he did not find evidence of obstruction by the President. Blumenthal repeatedly accused Barr of exonerating the President. “You, in effect, exonerated, or cleared the President.”

NBC News correspondent Pete Williams spoke with Barr on Tuesday, December 10, about the corruption exposed in the U.S. Department of Justice’s investigation into the FBI’s Foreign Information Surveillance Act.

Senator Lindsay Graham testified explaining how the Inspector General report “got off the rails” in their investigation. He spoke of about the DOJ and the FBI, based on the findings saying “they went back to the days of J. Edgar Hoover, where they made stuff up. They mislead people.”

“What I want you to understand is that Christopher Steele had a primary subsource and that this person had other people reporting to him, and that formed the basis of the dossier,” said Graham.

Graham read from page 186 of the report:

Graham asked IG Horowitz if you don’t have a legal foundation to keep surveilling someone is that bad? Horowitz answered “Absolutely. Whatever illegal surveillance means, they did it.”