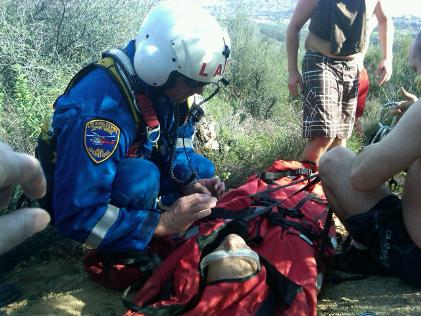 STUDIO CITY—This week Cathy Arden’s second portion of her exclusive interview continues. Last week Arden shared details about her move from NYC to L.A. in order to jump start her acting career. This week the actress explains more about the character she portrays in “Sylvia.”

Q-How long did you and Tanna get to rehearse the play?

A-“Tanna Frederick came on board just 12 days before we opened at the Sierra Madre Playhouse. The rest of us had been rehearsing for at least a month or so. The actress before her left the show, and Tanna stepping in was a blessing for all of us! The change happened on New Year’s Day, and what a wonderful way to start the New Year. I’ll never forget our first read-through with Tanna. It was cold in the theater, we sat on chairs in a circle on the stage, and began to read the play with Tanna. It was like a miracle occurred. Everything became funnier, more emotional, more touching, more alive. I truly believe that we all had to step up our game with the entrance of Tanna Frederick. She’s an amazingly brilliant, versatile and authentic actress. I’m so happy to be working with her on stage in this wonderful play, as well as the other incredibly talented actors in this production! I’m so grateful to Gita Donovan, the director, for giving me this opportunity by casting me in this role and for having faith in me!”

Q-Did you find the character daunting?

A-“I think Kate is only daunting if she is seen as the ”˜heavy’ in the play. It’s impossible not to love Sylvia, the dog, and one could wonder why Kate doesn’t love Sylvia as well. But I don’t see Kate in that way at all. I think she is actually a warm and loving person and I don’t think she is ”˜against’ her husband or Sylvia. She’s just trying to live a different life now than the one she lived when she was raising her children. She just doesn’t see a dog in the picture at this stage of her life, and she begins to witness her husband getting way too obsessed with Sylvia and veering further and further away from their marriage. Kate loves her husband and doesn’t want to lose him. I think she’s attempting to be the voice of reason in all this doggie chaos!”

Q-What other projects do you have in the works for 2011?

A-“Well, there is talk about ‘Sylvia’ moving to another theater after its initial run at the Sierra Madre Playhouse, but I’m a superstitious actor and don’t want to say too much about that! I came out to L.A. from NY a few months ago to do film and television, and then I landed this awesome role playing Kate in ”˜Sylvia.’ I was doing theater in New York, and it’s funny and great that I came out to L.A. and I have this opportunity right now to do more theater! So far, my new acting career is off to a better start than I could have imagined. I’m just so happy to be having this experience on stage in this production of ”˜Sylvia.’ I’m also still writing. In fact, I’m keeping a journal about my move to L.A., this huge change in my life from raising two children, being a writer, and returning to my first love, acting. This journal will be one of the sources for a new memoir I’m writing. And I’ve even been encouraged to turn some of my writing into a one woman show. But there’s only so much time in the day! And right now, my focus and passion is playing Kate in ”˜Sylvia!’”

Q-I suspect a Tony nomination is in order, have you ever done a role like this one before?

A-“At this stage of the game, I’m just happy to be a working actor. I’m often cast in the role of a ”˜mom,’ and I love that by playing the role of Kate, I’m a mom and also immersed in a career that I love and feel passionate about. Kind of like mirroring my life, wouldn’t you say?”

Learn more about the beautiful actress at cathyarden.com