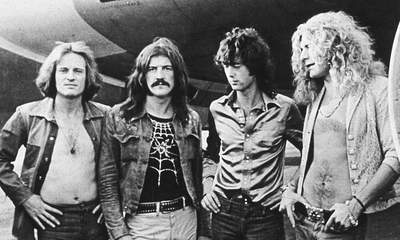 HOLLYWOOD – Being a writer is not for everyone, as you may have discovered. Sometimes your friends wish they could be writers or others swear off the skill entirely; barely forming coherent verbal sentences let alone written ones. If you think being a writer is easy, you are either super blessed, a writing veteran, or still in the dreaming phase.

Many people don’t take writing as a serious profession, however, writers compose a story, edit it and target an audience that they are expected to cultivate. Being a songwriter is different than being a writer, you really need to know about music theory. While an education in theory doesn’t guarantee success, it can certainly give you an advantage; it can actually help you write better songs. Starting out as a rock musician with no knowledge of formal music theory, Frank Zappa became interested in music theory and techniques.

He went on to become a respected innovator in rock and jazz and one of the top classical composers of the twentieth century. Some of the greatest writers of that century included, Jimmy Page and Robert Plant. In 1971, the song titled “Stairway to Heaven” was released and composed by guitarist Jimmy Page and vocalist Robert Plant for the band’s untitled fourth studio album, often referred to as Led Zeppelin IV.

The Los Angeles band Spirit seeks credit for the 1971 hit song, “Stairway to Heaven.” The band members allege that Led Zeppelin lifted the opening riffs of the classic from their 1968 instrumental called Taurus. Attorney Francis Alexander Malofiy confirmed a report in Bloomberg Businessweek, saying a copyright lawsuit is in the works, according to published reports. The attorney Malofiy who represents the group Spirit, wants to make sure that Randy California, the band’s guitarist, who died in 1997 is given a writing credit on “Stairway to Heaven.”

The band Spirit and Led Zeppelin shared the stage during a US tour in 1969. The guitarist Jimmy Page is said to have started writing “Stairway To Heaven,” in 1970, in a remote cottage in Wales. It is one of the most regarded songs of all times. The eight-minute song has earned as of 2008, over $562 million, according to Bloomberg Business week. Led Zeppelin unveiled two previously unheard recordings ahead of the reissue in June of its first three albums. Jimmy Page, now, 70, has dismissed any rumors of a reunion concert.

Another singer-songwriter who has had her share of troubles is Joss Stone, 27. The two men who plotted to rob and kill her were arrested back in 2011 near the singer’s house in southwest England. They were convicted last year, after a sword, knives, hammers, masks and gloves were found in their car. The Court of Appeal judges on May 20 had their prison sentences reduced. Junior Bradshaw and Kevin Liverpool were sentenced to life in prison. Liverpool will be eligible for parole in 2017. Bradshaw’s sentence was reduced from 18 years to 10.

It is no wonder that George Clooney who flew out to London on May 21, was with his entourage and bodyguard. Clooney is reportedly shopping for homes in London, so he can be closer to his fiance Amal Alamuddin. She was seen in London sporting her 7-carat ring designed by Clooney.

Rose’s Scoop: Joshua O’Keefe will be releasing “Written From The Heart,” which will be available on all online digital platforms. The EP will be dropped on May 26.