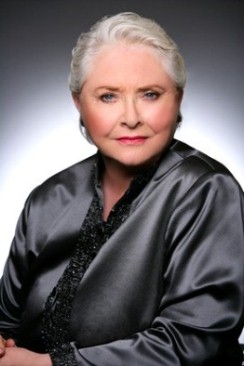 HOLLYWOOD—Will the death of Susan Flannery’s Queen Stephanie Forrester mean another EmmyÂ® award for CBS’s “The Bold and the Beautiful” and the show’s head writer and executive producer Bradley P. Bell? In the 1990s fans watched as “General Hospital” continued to take home the EmmyÂ® for Best Dramatic Series, but the past two years “B&B” has been bringing home the gold. Viewers know that these wins are with good reason. The extraordinarily talented Susan Flannery puts such a dynamic twist on the matriarchal role on the show, and Brad Bell is simply the best. This duo has not been seen since the early 1930s, where at MGM Studios Norma Shearer was guided by the studio chiefs into making herself the most bankable actress in Hollywood. That’s what Ms. Flannery and Bradley manage to do on a daily basis. He is the genius who makes Stephanie so amazing and her acting improves by the episode.

Perhaps it’s even tougher for a soap. Bradley has to make a show very dramatic but fresh, but after two decades he’s done it and it is more exciting than it ever has been. Perhaps I am playing a little loose with the facts, we all know, or at least we hope that we won’t be losing Stephanie Forrester for decades to come. Ms. Flannery, who is one of the most magnificent and exciting leading ladies since Bette Davis of the 1940s and ”˜50s has so much beauty and talent as an actress that there is no stopping her. Lee Bell often reminds me, that her handsome son has achieved much more than his legendary father ever did, and that’s saying a lot. Bill Bell’s legend lives on in his two enormously successful series, “B&B” and “The Young and the Restless.”

As Brad wrote this week, he had Stephanie at the university hospital in Westwood receiving groundbreaking brain surgery, and fans were left praying for our favorite heroine. Stephanie underwent a miraculous surgery by laser, which was used to destroy the brain tumors she has been suffering from. Just weeks earlier Stephanie had part of her right lung removed after being diagnosed with stage four lung cancer. The Forrester matriarch also had to battle her daughter-in-law Brooke’s latest scandal at Forrester Creations and she is currently fighting to get well so that she can make a difference and help the homeless families in Los Angeles, who are in need of help and hope.

Not since the death of our most beloved “B&B” heroine Caroline Spencer have fans been on the edge of their chairs and praying for any one character’s survival on a soap. When Caroline succumbed to leukemia almost 20 years ago, we all cried, but our tears for the death of Stephanie Forrester would be 10 times more powerful. Whether Stephanie dies or not, “B&B” is setting itself up for its third consecutive EmmyÂ® for Best Dramatic Series in 2011. Susan Flannery is an unstoppable and incredible force of nature and Brad is the behind the scenes genius we all love and admire.