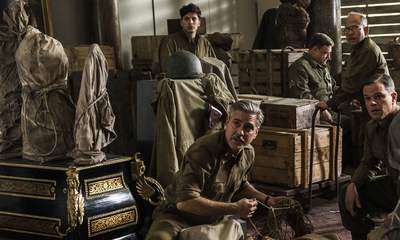 HOLLYWOOD—There are so many things to do in the month of June. It’s that time of year- the season where the budgets balloon and the box-office explodes. The stakes are high, with a number of high profile sequels, reboots, and franchise kick-starters all wrestling for your movie-going dollars.

It is expected to be a smorgasbord of delightful movies. One of the most-anticipated movies is “Transformers: Age of Extinction,” being released on June 27. The film stars Mark Wahlberg, Nicola Peltz and Kelsey Grammer among other stars.

A big day for movies is June 20, when “Jersey Boys” is scheduled for release. The film is about Frankie Valli, Bob Gaudio, Tommy DeVito and Nick Massi that go from blue-collar wrong side of the tracks, to becoming American pop sensations, selling over 175 million records worldwide before the age of 30.

If comedy is what you want, “Think Like a Man Too,” will be released the same day. The storyline is about the couples being back together for a wedding in Las Vegas; however plans go awry with various mishaps. Another humorous comedy “They Came Together,” will be released on June 27. The film stars Amy Poehler and Paul Rudd. It’s hate at first sight, but somehow they fall in love, until they break up again. You’ll just have to see it, to know the ending.

Some other great movies coming out this summer include “Dawn of the Planet of the Apes,” being released on July 11. The film’s story takes place 15 years after Caesar first went into the forest. Now he’s gathering his ape army to take over the rest of the city where a small group of humans are struggling to survive. On August 1, “Guardians of the Galaxy,” should be quite interesting.

With that in mind, what’s really interesting is George Clooney who first vowed never to marry again and said he’s never going to run for public office. The Daily Mirror of Britain says Clooney is planning on running for governor of California, following on the heels of fellow actors-turned-politicians Ronald Reagan and Arnold Schwarzenegger. He is supposedly waiting until after his September wedding to human rights attorney Amal Alamuddin, whom he squired to the White House for a special screening of “The Monuments Men,” at the start of their relationship earlier this year.

As everyone knows, George is very popular with the Democratic Party. This is extremely interesting, since his future wife has represented WikiLeaks founder Julian Assange. She would also be the first British first lady. Clooney has been a friend of President Barack Obama and has focused his efforts on war-torn Darfur, bankrolling a satellite to monitor violence there.

Leave it to Bieber! Three days after reports that Justin Bieber reached a plea deal over his Miami DUI charges, TMZ reports that the singer will be charged with criminal vandalism in Los Angeles for allegedly egging a neighbor’s house, causing thousands of dollars worth of damage to the custom exterior. There is no word, as of press time from the Los Angeles County District Attorney’s Office, which has been mulling the charges for months.