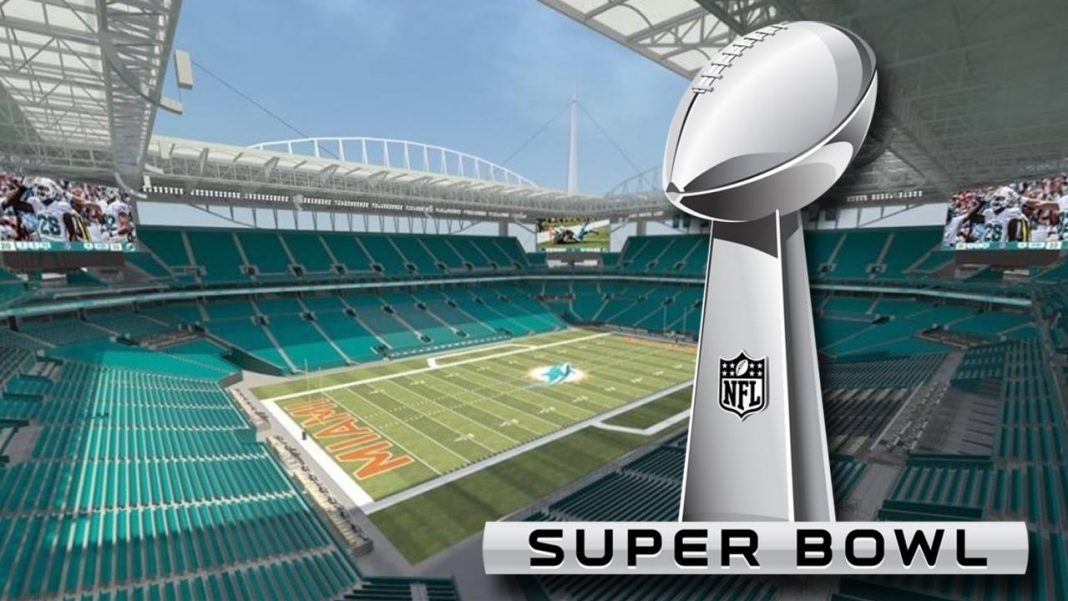 HOLLYWOOD—We are all looking forward to see the San Francisco 49ers and the Kansas City Chiefs in Super Bowl LIV at Hard Rock Stadium, Miami Gardens, Florida on Sunday, 2 February. It will be exciting, besides the Football, to watch the ads, especially for film fans. The Super Bowl is one of the most-watched live programs of the year. So how much do advertisers pay? It is not for frugal spenders.

This set the trend with films such as “The Lost World: Jurassic Park,” “Armageddon” and “The Matrix” all running trailers in prime spots during the televised sports event in subsequent years. Lots of advertisers seem to believe longer ads make a bigger impact. Hyundai’s “Smaht Pahk” ad for the 2020 Sonata, which features famous Boston natives like Chris Evans, Rachel Dratch and John Krasinski, is a full minute long. The same goes for Amazon Prime’s “Hunters” trailer, starring Al Pacino. If they air the full promotional clips they’ve released online, the companies will pay $11.2 million for just one airing.

This year, like last year, though the Super Bowl will see a decline in film trailers being launched during the half time break. The reason being of the cost for a 30-second ad is driving studios to swerve the half-time ad break. Studios are instead planning to target the lower cost pre and post-game slots instead. Here are the trailers you can expect to see launching on Sunday during the night after the 2020 BAFTAs have wrapped.

Vin Diesel in the “Fast & Furious 9.” According to reports, the first teaser for the “Minions” sequel will air after the two teams take to the field, before kick off. A TV spot for “Fast & Furious 9” will also play during the pre-game slot, but Universal plans to launch a full trailer online, with a huge live event in Miami, before the game.

Keanu Reeves plays a ball of sage in the new trailer for “The SpongeBob Movie: Sponge on the Run.” John Krasinski’s horror sequel, “A Quiet Place II” will get a new TV spot during the pregame, according to reports. A new “Sonic The Hedgehog” trailer may also debut ahead of the film’s release on Valentine’s Day, and Tom Cruise’s “Top Gun: Maverick” could also get a dedicated spot too.

The Mouse House has yet to confirm what trailers will be shown at the Super Bowl, but guesses range from teasers for “Black Widow,” “Mulan,” “Onward” and “Soul” to a Disney+-dedicated spot. Disney’s streaming service has a lot to push including first looks at “The Mandalorian S2,” “Falcon and The Winter Soldier,” “WandaVision” and “Star Wars: The Clone Wars S7.” Than, Netflix announced the surprise arrival of “The Cloverfield Paradox” on the streaming service in 2018, but whether it’ll announce anything new at Super Bowl remains to be confirmed.

“Hunters,” the Jordan Peele-produced Amazon show about a band of Nazi hunters living in 1977 New York City, is due to launch on February 21. The Super Bowl would be a great place to promote the Al Pacino show to millions of potential customers. The premium TV service could debut trailers for season three of “Westworld” or Jordan Peele’s “Lovecraft Country.” The first teaser for season three of “The Handmaid’s Tale” dropped last year. The streaming service could repeat itself this year with the first taster for season four. Yet, Sony Pictures and Warner Bros. are both reported to be sitting out the Super Bowl ads entirely.

Rose’s Scoop: What a show it will be….. with Jennifer Lopez and Shakira headlining the 2020 Super Bowl LIV halftime show. The superstars will both perform February 2 at the Hard Rock Stadium in Miami Gardens, Florida. Good Luck to the both teams.