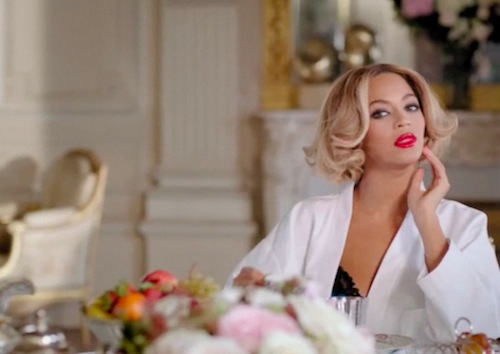 UNITED STATES—The Queen B is back with the surprise debut of “Beyonce” the self-titled album shaking up the industry and music charts.

Beyoncé   shocked fans all around the world when her fifth album dropped without warning at midnight on Friday, December 13. Columbia Records broke standard industry practice and released the mega-pop star’s entire album exclusively on iTunes without any prior marketing or promotional campaigns.

The “exclusive visual album” features 14 songs and 17 accompanying music videos with collaborations from artists such as Timbaland, Justin Timberlake, Jay-Z, Drake and Frank Ocean. Currently, the album can only be purchased in its entirety on iTunes for $15.99. Songs will be available for individual purchase on iTunes on December 20.

The album is receiving widespread praise from fans and music critics alike, with the Huffington Post saying it’s her strongest and most cohesive album to date and Variety deeming the album “more personal, confessional, and powerful than anything the singer has released in the past.”

The self-titled album is a record-breaking chart-topper, with Billboard announcing on Monday that, “After only three days on sale,  Beyonce’s new self-titled album has broken the U.S. iTunes Store’s record for the largest sales week for an album.” With 617,000 downloads sold as of Sunday night, the “Beyonce” album beat in three days what took seven days for the former iTunes record holder, Taylor Swift’s “Red” album, to sell 465,000 downloads in October 2012.

The debut of “Beyonce” also stimulated the second-largest digital sales week of all time, falling just behind the 662,000 downloads sold by all digital retailers in the first week of Lady Gaga’s “Born This Way.”

Beyoncé  explained the concept behind the album in a Facebook video titled “Part 1 of Self-Titled.” The Houston-born singer, songwriter and actress began the video by declaring, “I see music. It’s more than just what I hear.  When I’m connected to something, I immediately see a visual or a series of images that are tied to a feeling or an emotion, a memory from my childhood, thoughts about life, my dreams or my fantasies. And they’re all connected to the music.”

The wife of Shawn Carter, known by his rap name Jay-Z, and mother of their daughter, Blue Ivy, continued, “And I think it’s one of the reasons why I wanted to do a visual album. I wanted people to hear the songs with the story that’s in my head because it’s what makes it mine. That vision in my brain is what I wanted people to experience the first time.”

Mrs. Carter reflected on the time when she gathered with her family around the TV to watch the premiere of Michael Jackson’s “Thriller” music video in the 80s, “I miss that immersive experience,” she admits in the video. “I wanted people to hear things differently and have a different first impression—not just listen to a 10 second clip but actually be able to see the whole vision of the album. It was important that we made this a movie; we made this an experience.” The video ends by foreshadowing, “Continued In Part 2.”

The first two singles set to hit the radio waves are “Drunk in Love,” featuring husband Jay-Z, and “Blow,” produced by Pharrell Williams.