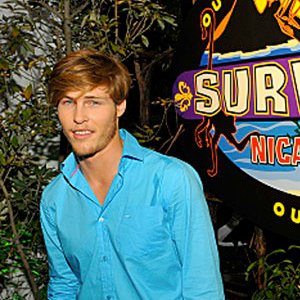 SANTA MONICA—Judson Birza, the million-dollar winner of the recent Nicaragua edition of “Survivor” in which he was more popularly known as “Fabio,” was arrested around noon on Wednesday, January 19, in Santa Monica.

Birza was detained when he was spotted skateboarding in the middle of a street, a vehicle code violation. The officer also noticed he was exhibiting strange behavior; therefore, he was arrested for being under the influence of a substance, which was not disclosed.

It was then discovered that Birza already had an outstanding arrest warrant stemming from an earlier DUI incident, and he was also in violation of a probation sentence.

Birza was jailed and later released on $37,000 bail. He had a court appearance the following day.

Birza became the youngest “Survivor” champion when he won the contest at the age of 21. The native of Lake St. Louis, Mo., also works as a male model. He earned the “Fabio” nickname (in reference to the famous fashion model) from fellow contestant Shannon Elkins due to his laid-back approach to the contest.

The next season of “Survivor,” called “Redemption Island,” is set to premiere on Wednesday, February 16.