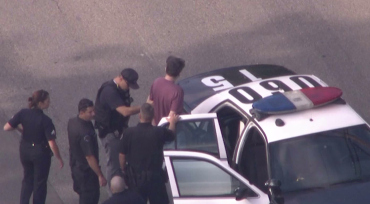 STUDIO CITY—An attempted suicide caused several homes in Studio City to be evacuated. According to officials, a home generator was found to be leaking carbon monoxide through a hose in the home of the man who tried to kill himself.

Police were called to the 12500 block of Landale Street at around 3:30 a.m. on May 20. By 8:30 a.m.,  a male around 40 years-old was then taken into custody, after refusing to leave his home which had be foreclosed. Authorities have made multiple appearances at the residence in the past few months.

Authorities were called to the house Wednesday after learning of threatening social media posts from the suspect. In some of his posts, he accuses Wells Fargo of committing bank fraud against him, which caused his house to be foreclosed.

Wells Fargo is currently under investigation for allegations that bank employees committed fraud. Both the Los Angeles Police Department and Los Angeles Fire and Bomb squad were called to the scene.