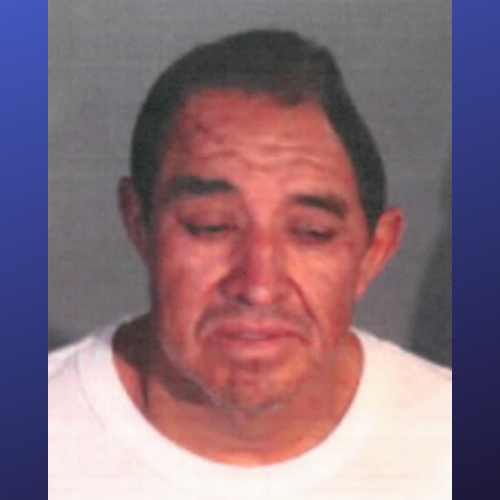 PACIFIC PALISADES—On Friday, May 14, at approximately 10:02 p.m., a brush fire occurred in the 1800 block of Michael Lane in Pacific Palisades. Upon arrival, fire crews encountered multiple, separate, slow-moving fires in a remote and steep terrain with dead and dry vegetation.

On Saturday, May 15, Los Angeles County Fire Department (LAFD) helicopter pilots observed a transient adult male moving around in the brush along a hillside close to the fire. Air patrol with the Los Angeles Police Department (LAPD) was then dispatched to monitor the individual. Officers watched on the ground while the Air Support Division watched in the sky. During an aerial observation, the Tactical Flight Officer witnessed the individual ignite multiple additional fires.

“Arson investigators from LAFD requested the assistance of specialized deputies from the Los Angeles County Sheriff’s Department Emergency Services Detail to locate and apprehend the alleged suspect within the rugged terrain,” Stewart stated, “deputies were lowered into the brush to begin their search. Because the fires were growing rapidly, deputies were forced to retreat.”

The individual emerged from the brush in the 1200 block of Palisades Drive on Sunday, May 16, at approximately 10:56 a.m.

Officers detained Rodriguez Flores, Ramon 36 hours after the fire began. The suspect was then transported to a local hospital where he was treated for smoke inhalation.

“Fire Chief Ralph Terrazas is grateful to our public safety partners and attentive community members for working quickly in identifying and apprehending the alleged suspect. Police officers arrived and detained the suspect only 36 hours after the fire began. The suspect was transported to the hospital and treated for smoke inhalation” Stewart stated.

As of Tuesday, May 18, at 9:00 a.m. the fire was 32% contained with a total of 1,158 acres burned. All backcountry trails within Topanga State Park will remain closed to the public until further notice.