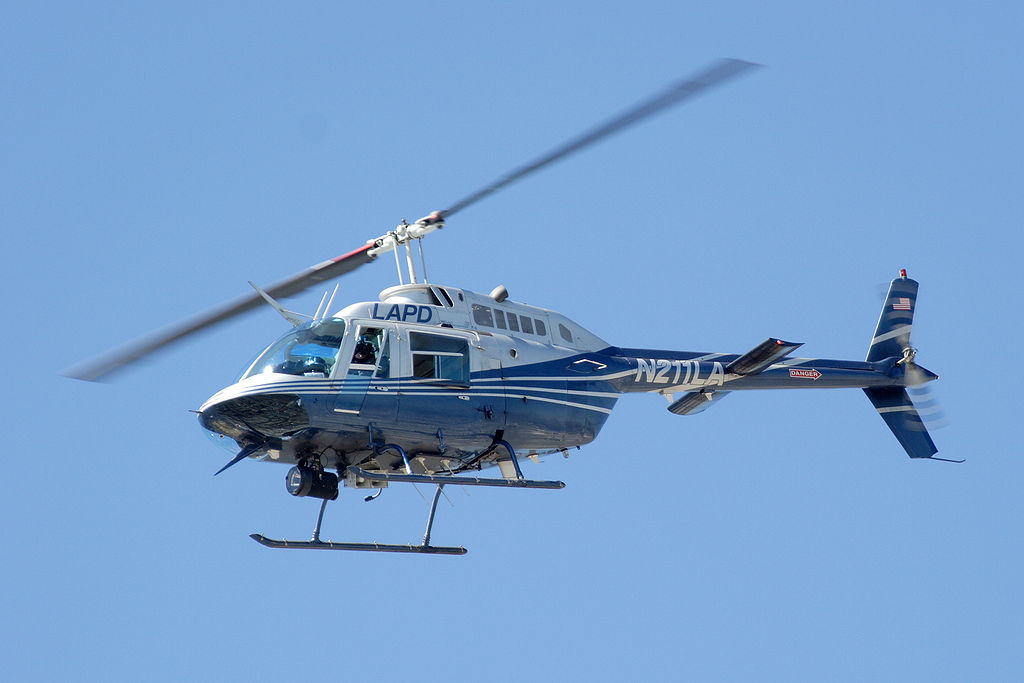 HOLLYWOOD HILLS—A man who broke into a Hollywood Hills home is now in custody after a three-hour long stand off with police.

The incident occurred on the 6800 block of Alta Loma Terrace. Police responded to the call of a burglary at approximately 10 a.m. The residents of the home were reported to have been in the house when the man, believed to be homeless, broke in.

The family fled and called 911. Neighbors heard their cries for help. One neighbor reported to have seen the man throwing flower pots from the balcony at the female homeowner. Video surveillance shows he was also shouting. The neighbor grabbed his golf club in an attempt to help, but the suspect locked himself in the residence before anything could be done.

The owner of the house whose name is Victoria, indicated that the suspect came after her with his beer can after an AT&T employer working nearby alerted her of the transients presence. She approached the man, who was using her neighbor’s hose, asking “May I help you?” At which at that point the man came after her.

Police set up a permitter in the area. The residents of the home said there was a firearm in the house, and the SWAT team was called in. A helicopter and a canine were also brought to the scene. The 101 southbound off-ramp was closed off during the incident. The standoff went by with the man coming in and out of the house.  A little before 1 p.m.  after negotiations, the man was finally apprehended and the residents were allowed to return.

The residents report that the man caused damage to the home including a torn off mantle and heating piece, broken doors , and toppled furniture.