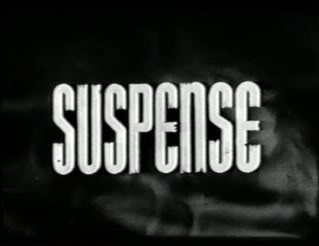 HOLLYWOOD—In a small town, painting a house bright yellow can be hell and so can a death in the family. Tongues will wag, the phone will ring off the hook. In the case of death, well-meaning ladies bring over oodles of potato salad, and flowers will avalanche the bereaved.

Mom decided neither she nor her stomach were ready for word to leak out that Dad died. She didn’t want to paint the house yellow, so to speak. Friday night, less than a day after Dad had expired in a nursing home after a long rebellion of his body, we visited two dear old friends, retired school teachers named Beryl and Ivy. The visit was to give them time with my daughter, whom they rarely see, and on whom they have doted with dolls and books since she was born.

Another reason mom didn’t want to reveal Dad’s death was Ivy’s dog had recently undergone a “transition.” She admitted to being grief struck, and in need of professional therapy. Mom thought that news of the death of Dad—a family friend and the man who’d sold them hardware for over 40 years—might push Ivy over the edge. Mum was the word.

As we entered their living room, a friendly new Jack Russell terrier, rescued from the pound, yapped at us and bared its teeth from Ivy’s lap.

At one point, Beryl, the more talkative of the two, namely because she is covering up the fact of being hard of hearing, declared:

“It’s great you can get a new dog. One goes and a new one comes. Why can’t we be that practical about people? One goes, a new one comes to take their place.”

My nervousness grew. Dad was irreplaceably gone; if only he could be replaced like a terrier. I thought it inevitable that Ivy or Beryl might notice my discomfiture, and ask, “What’s wrong?” Instead, my daughter now monopolized their attention, as the recipient of an interrogatory barrage: “How is school? How old are you? My you’re tall for your age. Fourth grade, already? You look like you’ve grown a whole head since Christmas.”

The terrier leapt from of Ivy’s lap and went to my daughter.

“You can pet her but very gently,” cautioned Ivy. “She just had an operation. And the stitches will split open if she gets too excited.”

“What kind of operation did she have?” my daughter asked.

“An operation so she won’t have any more babies.”

“Why would you want that kind of operation?”

“Then our house would be full of Muffins,” Ivy replied. “We couldn’t take care of all off them.”

My 8-year-old daughter kept the questions coming. But she was a child, and there was the risk that she might at any moment spill the beans about Dad.

For her part, my mother with minimal effort kept up the conversation with hearing-impaired Beryl, whose vanity prevented her from wearing a hearing aid. She’d gone into a long rant about the president. Beryl was non-partisan, I have observed, since the Nixon years. Pretty much whoever is in the White House is “the worse president I’ve ever seen in my life,” regardless of party affiliation.

I kept dreading: when is one of them going to turn to me and say, “How is your dad?” The minutes dragged on. This was the kind of suspense Hitchcock dreamed about: the trivialities of small-town life, a new pet whose stitches could burst, a death on the verge of being exposed. My daughter vigorously petted the new terrier, Muffin. I felt naked and vulnerable and exceedingly nervous.

Ivy’s favorite TV program, “CSI Sarasota,” came on after the re-runs of Lawrence Welk. And it gave us the cue to bring this suspenseful visit to its conclusion. Transfixed by “CSI”, Ivy stayed on the couch, cupping Muffin.

Then it happened, at the front doorstep Beryl asked my mom, “How’s Carl?” The jig was up. Here came the sour end to the loveliest visit.

Beryl peered at my mom. Then Beryl smiled broadly and said, “Give Carl our best.”

Phew, I breathed an enormous sigh of relief. For another day, at least, nobody would be ringing the doorbell or bringing massive tubs of potato salad or flowers.