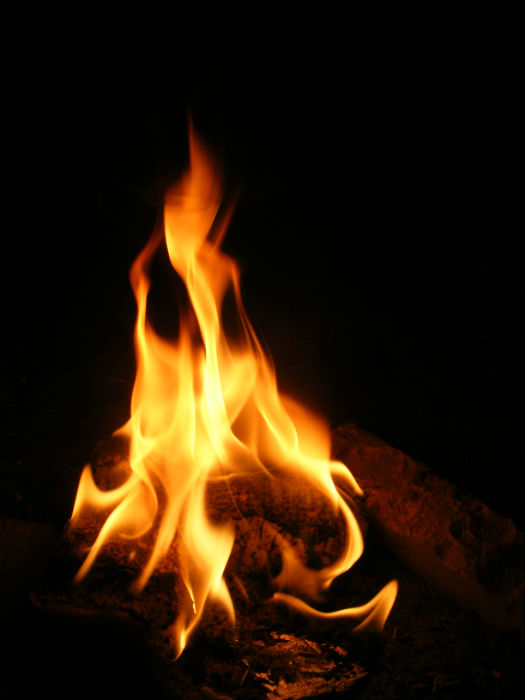 TOPANGA CANYON/MALIBU—On June 1, a small fire occurred in the Topanga Canyon area, according to the Los Angeles County Sheriff’s Arson Unit.  The fire occurred during the early morning hours, and is currently considered a suspicious incident.

“The fire was of a questionable origin,” Sgt. Yoshino, of the L.A. County Sheriff’s Arson Unit, told Canyon News.  “But the firefighters did a good job.  They were able to put it out quickly, within minutes.”

The Topanga Canyon fire is among the most recent of pre-summer brush fires in Southern California, including one near Malibu on May 29, in which fire officials from the Ventura County and Los Angeles County Fire Departments battled a five-acre brushfire. The blaze had affected a hillside near Deer Creek Road and Pacific View Road.

“This one happened at around 2:30 a.m.,” Yoshino told Canyon News when addressing the Topanga Canyon fire. “It was a dry brush fire on the side of a road, measuring 10 by 50 feet. But fortunately it didn’t spread because it would have had to cross a 100-foot creek bed, so we had that to our advantage.”

Yoshino reports to Canyon News that brush fire incidents are considered more ubiquitous during the summer months because areas where dry vegetation exists are more vulnerable to heat.

“Brush fires are becoming more dangerous because more will be produced during the upcomingsummer heat waves,” Yoshino stated. “So people will need to be more careful.”

Yoshino further reports that the cause of the Topanga fire is unclear. However, a suspect is believed to be responsible.

“We’re not releasing his identity at the moment, but we have located him so we know where he is. He is an adult male, and he may have concocted a story to say that the fire was accidental, but we believe there is more to it than that. He still started the fire [regardless],” he said.

When asked by Canyon News how brush fires often start where individuals are involved, Yoshino said, “Brush fires are often started by groups, in which people are being careless or negligent or just plain stupid. Sometimes kids are drinking alcohol while they’re having a bonfire, and before they know it a fire can spread out of their control. When people don’t have spark arresters on their motorcycles that can also lead to a conflagration. Other times, serial arsonists go out of their way to deliberately start fires, and those are the incidents that we are the most concerned about, because these people pick and choose their locations, pay attention to weather patterns and the best time and area to start a fire.”

The Los Angeles Fire Department has recently addressed events related to fire safety measures, including the brush clearance process in Los Angeles. A statement prepared by LAFD reads, “Wildland blazes within our 471 square-mile jurisdiction are certainly well known, or dare we say unforgettable.”

LAFD reports how monumental blazes in history had affected property and homeowners, and had even taken the lives of firefighters who had fought them. Included in such incidents wasthe Bel Air-Brentwood fire that took place on November 6, 1961, and destroyed at least 225 homes and 50 others in the Bel Air area. The fire extended into areas like Topanga Canyon, Benedict Canyon and Temescal Canyon, with thousands of acres of land being incinerated with a perimeter of 21 miles. In memory of firefighters who were killed during similar massive blazes in Los Angeles, (including James Catlow, who was killed during a wildfire that affected La Tuna Canyon), LAFD officials are continuing to honor their commitment to inform and educate the public about the danger of wildfire.  (For more information, please visit lafd.org/).

Sgt. Yoshino told Canyon News that anyone who has further information regarding the Topanga Canyon fire or any other suspicious fire incidents are encouraged to come forward.