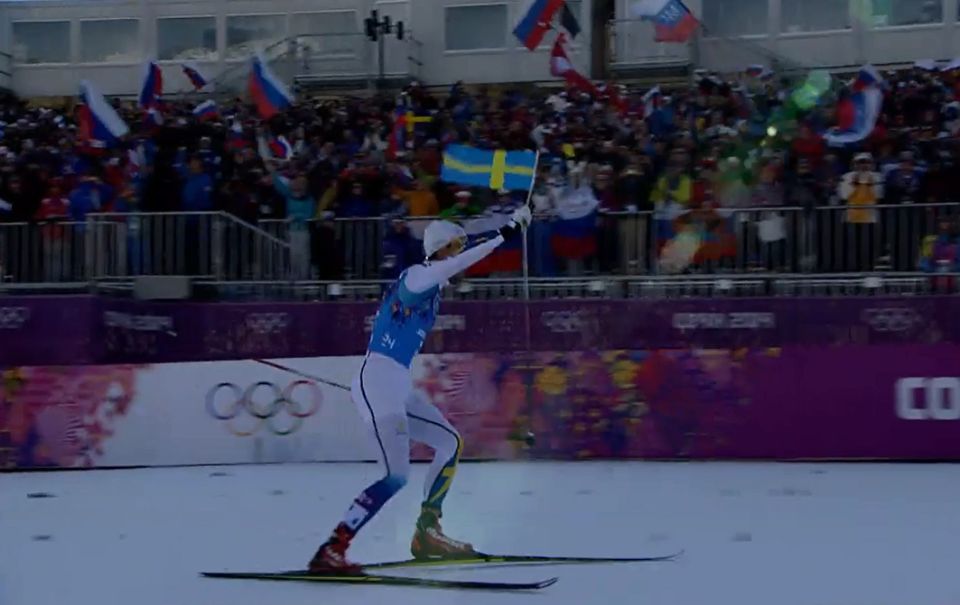 SOCHI, RUSSIA—The Swedish men followed in the footsteps of the women to make a surprising finish. After watching the women win their relay a day ago, the defending champions came out to follow suit.
Sweden won their second consecutive gold medal, finishing in one hour and 28 minutes, nearly half a minute ahead of silver medal winners from Russia, with France taking the bronze. Norway disappointingly completed the relay a minute behind in their worst finish since 2006.

Norway sat back in fifth place with Sweden taking the first 10 kilometers with Finland second and France in third.

Norway and Russia had a disastrous finish as they sat in sixth and eighth. Daniel Richardson held first place for the Swedes with Niskanen and Maurice Manificat rounding out the top three.

At the second exchange, Sweden and Finland was neck-and-neck while the Czech Republic took a 22-second lead from France at the halfway mark of the race.

Norway shockingly sat in ninth place in what was their worst position in the cross country event. At 45 kilometers, Johan Olsson kept Sweden out front with Finland moving farther and farther back. Olsson is the fastest skier on his team with Marcus Hellner being the anchor. The gap at the line was 22 seconds ahead of Finland withFrance still in the talk of medaling.

On the last exchange the race became anyone’s game as Russia now took over second place, behind

Sweden by 14 seconds which could be made up for with 10 kilometers to go. The home crowd began to stand and be the noisiest, as their chance for a gold medal since 1980 was still possible.
France wished they could share the sentiment as they were four seconds behind with Norway completely out of the competition.

Sweden was all alone before crossing the line, with Hellner grabbing his country’s flag and casually making his way down into the stadium.

Russia fought to the bitter end in close proximity of each other, but the Russians held the French back. They came to the finish line with dozens of Russian flags waving in the stands to take their first medal in 26 years. While the Russians improve on their finishes, the Swedes will look to stay ahead and try to go for a huge sweep in the men’s and women’s team sprint on Wednesday.