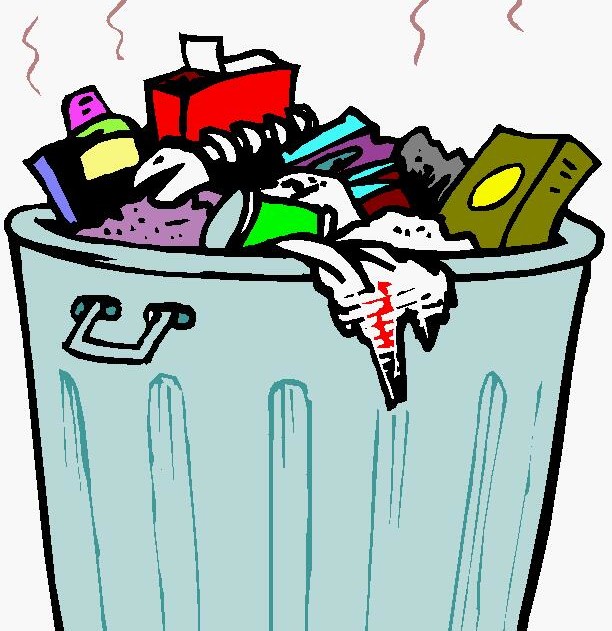 HOLLYWOOD—Walt Disney commented famously, “It all started with a mouse.” Likewise, I can remark, beholding my comedic empire, my books and articles, my sobriquet Master of Nonsense, and a trail of laughter that reverberates from Fairfax Avenue in the west to Cahuenga in the east: “It all started with garbage.” Yes, it really did — a satirical piece about West Hollywood’s mind-boggling system for sorting out garbage and recycling materials launched my comedy writing career. An editor with an eye for talent saw the piece and encouraged me to write a column. So I owe a lot to garbage.

We all do. It’s time to recognize that the ability to throw something away is important for civilization and our precarious sanity. It is a miraculous conduit that whisks unpleasant things out of sight and smell. What if today’s garbage bag had to stay put and had nowhere to go? It would rot, putrefy and offend our senses, forming in its bioputresence a maggoty bouquet. Owing to the magnificent sanitation services we enjoy, that bag of refuse gets transported to another place to rot, putrefy and form a maggoty bouquet where we don’t have to see it.
Living in a microscopic cottage, as I do, dramatically lowers the threshold for what constitutes garbage. Yes, there are the usual fruit peelings, rinds, mucous-infused Kleenexes, coffee grounds, eggshells, bits of floss, and the U.S. Postal Service’s daily onslaught of advertising circulars. In tiny digs, one quickly realizes that the Steinway grand and dining room set for 12—which were given by a well-intentioned, kind and generous person—are really lame in the context of 530 square feet.

“Jiminy Christmas!” I heard a neighbor shriek from his similarly-sized abode.

“My parents sent me a box of family heirlooms. What do they expect me to do? I live in a doghouse, for chrissake.  I’ll trip over this crap.”

Well-meaning generosity leads to writhing and tearing of hair that are the direct result of not being honest and up-front with our ravenous desire for space.

It all starts out innocently enough with a harmless query, “Do you like art?”

“I’ve got a little painting for you,” a neighbor says. “Of sunflowers.”

Oh, that’s lovely. Really lovely, the receiver goes into a paroxysm of fake joy, knowing full well that the colors are too loud; it’s too gaudy for his taste. Thank you so much, the receiver/victim says, his heart rate increases and his breathing becomes shallower.  That’s fantastic, just what I always wanted.

“Here are some more for you,” says the benefactor, “a Matisse and a Leroy Nieman.”

The large-scale paintings spend a few weeks on the Lilliputian porch, getting dusty and cobwebbed. Every time he comes home and beholds their bulk on his porch, his gorge rises. Eventually the art does move into the house when the receiver, in a noble but misguided access of tolerance, entertains the notion that he’s ready for that splash of color and gaudiness. Change is good and all that rot. Two days later these daubs childishly signed by Vincent, Henri and Leroy—obviously Sunday afternoon amateurs of the sable brush—go straight into the car trunk, preamble to their final transfer to Goodwill.

More suffering awaits the recipient/victim of this artistic generosity. Months later, he will invite friends, including the art donor to his cottage for a party. The donor will inevitably ask, ”˜Where is the art that I gave you?’ After several sleepless nights, man who bravely disposed of the offending art will scurry down to Home Depot and contract a skilled art forger, who will painstakingly recreate the noxious masterworks, and further contretemps will be avoided.

O unlucky man, how much better for your peace of mind and pocketbook had you been more fluent with two magical words that deserve so much more emphasis in our people-pleasing culture: ”˜no thanks.’  We’ll be much happier and better people the sooner we learn to love truth and say no thanks.