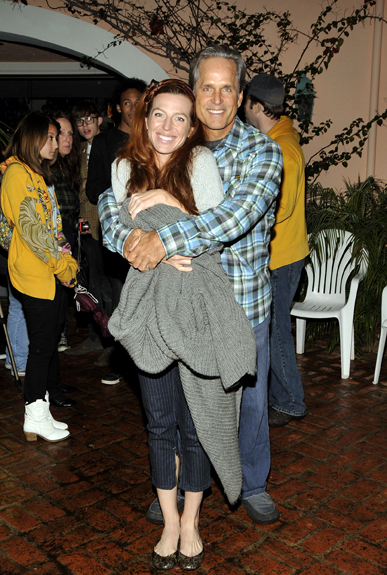 SANTA MONICA —On March 21, actress Tanna Frederick will be joining a team of runners for the L.A. marathon. Frederick tells Canyon News, “I will be running in the Los Angeles Marathon to help raise funds for two very important organizations the North Iowa Alliance for the Mentally Ill and the North Iowa Transition Center and I’d like your help in supporting these worthy causes. My personal goal of 3 hours 40 minutes will allow me to qualify for the Boston Marathon as well.” The Iowa native has a Web site where you can make your donation to help the cause she’s fighting for. To donate go to http://tannafan.com/marathon.php.

The talented actress’s mother is a psychiatric nurse and has been teaching psychiatric mental health nursing for over 20 years in a nursing program at a college in north Iowa, which is the reason why the star grew up being educated about mental illness and how mental illnesses are biochemical and neurobiological disorders. Frederick stated, “I also grew up keenly aware of the needs of those with a mental illness and being empathetic and concerned about them. I know that funding for the mentally ill is inadequate and that their needs are great.”

“I chose NIAMI (North Iowa Alliance on Mental Illness) to support financially because I believe that what they do to serve as advocates and support for those with a mental illness and their families is so important and also because my mother has been an active member of NIAMI for 20 years and has even served as president. NIAMI is an incredible organization that has both state affiliation,” said Tanna.

NIAMI presently has two free programs that it offers to families, parents, siblings and loved ones of those with a mental illness in order to provide education, support and encouragement. These programs have been very successful but also cost money to run. Since NIAMI is not-for-profit, it relies on memberships and donations for financing. The current financing is not presently adequate to allow these two programs to be offered, so Frederick is hoping to raise enough money to help NIAMI continue these essential programs.

With one out of every five children and adults in the U.S. suffering from a diagnosable mental illness at some time in their lives, we could all be affected by it in some form. “I feel a passion for this cause knowing that it could be me or someone that I love that could someday suffer from a mental illness,” Frederick tells Canyon News.

The mission of these two groups is to assist individuals in becoming self-sufficient, leading useful productive, independent lives in every day society.

Adding to the excitement of contributing to Tanna’s special project, Frederick says, “My goal is to raise $5000 for these two charities. Please go to my marathon page at  http://tannafan.com/marathon.php  to donate to these worthy causes AND Henry Jaglom is donating a speaking role in his next movie to the person who donates the most money! How cool is that?” Very cool indeed. I guest star in Henry’s “Queen of the Lot” due out in the summer. Hopefully I was cast on my good looks and talent. However, all joking aside, Tanna Frederick needs your help to support two wonderful charities and whatever you can donate will be appreciated.

Frederick can be seen currently in Henry Jaglom’s mega hit “45 Minutes From Broadway” at the Edgemar Theatre in Santa Monica.

My Fave “Little People, Big World” Is Back!