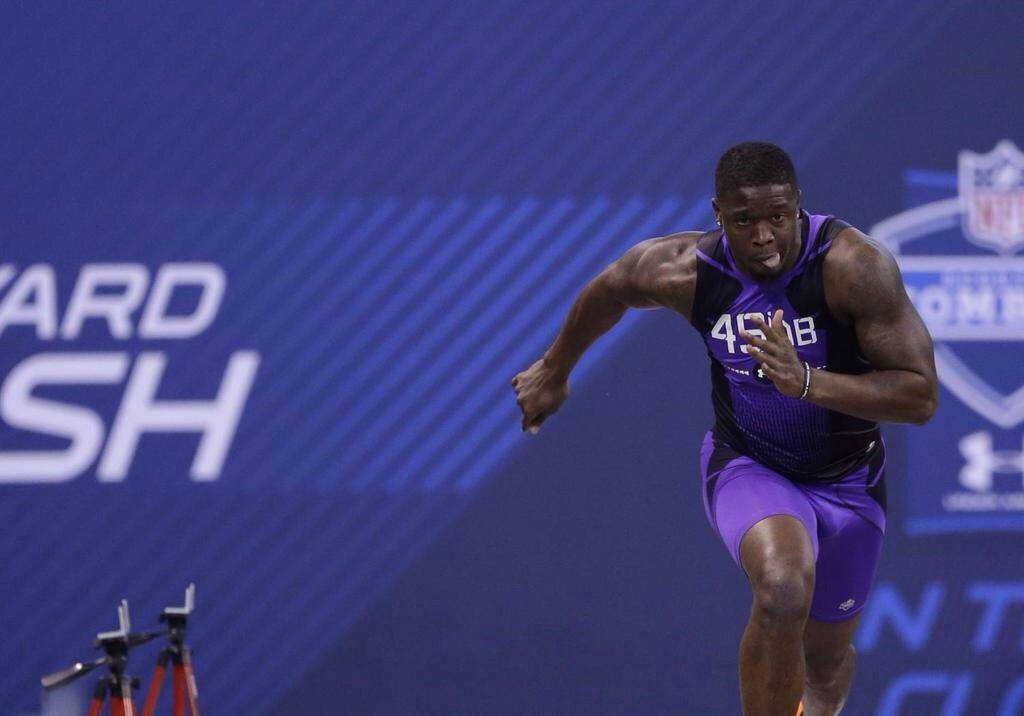 SAN FRANCISCO—The NFL Draft brings with it some of the most heart-warming and inspirational moments of the sports calendar, offering football fans a rare opportunity to see hundreds of young men fulfill a lifetime dream.

And while this alone serves us a delectable slice of human success, it is the smaller, often quirkier coincidences of draft weekend that truly serve as the icing on the cake.

One such story came out of San Francisco on day two of the NFL Draft, when high school teammates and best friends Jimmie Ward and Jaquiski Tartt were reunited in the San Francisco defensive backfield.

“I was ecstatic,” said Tartt in a conference call. “I prayed to God to put me in the right spot, and he came through for me. I ended up on a team with my best friend.”

Though Tartt and Ward teamed up at free and strong safety to lead their Davidson Warriors to a 2009 6A Region I championship, the two are very different players with different skill sets.

Tartt, at 6 feet and 1 inch tall,  weighing 220 pounds, is a prototypical athlete that lacks the football instincts of the smaller Ward. On draft day, many considered the selection of Tartt a reach or a luxury pick for a 49ers team that needed more of an instant impact from their second round selection.

“These two guys, you knew they were going to be really good college players, but to predict that Jaquiski, with one year of high school football, is going to be a second-round pick in the NFL or that Jimmie Ward, who graduated from high school at 168 pounds, is going to play in the NFL and start his first year, I’d be lying if I said I saw that coming,” said Davidson head coach Fred Riley.

“You just can’t predict that. You knew wherever they went they were going to work hard and you also knew they could play at a higher level than what they signed. They both could have been great players in the SEC. You knew they were really going to stand out wherever they went. But is that going to be good enough to get them in the Senior Bowl and make them both millionaires? I couldn’t make that call. Not at all.”

Ward played as a nickel back in eight games in 2014 before missing the remaining half of the season with a foot injury. Meanwhile, Tartt, more of a downhill, in-the-box type of player, will serve exclusively as a strong safety.

With only 20 career tackles and no interceptions between the two of them, it remains to be seen if the former dynamic duo can once more team up and make waves in the big, bad world of the NFL.

“We want our kids to reach their potential whatever that potential is,” said Riley. “These guys are two in a million. We just happened to be in the right place at the right time.”