CALIFORNIA—On October 31, the Los Angeles Police Department announced on their website anyone who may have been victimized by former schoolteacher and sexual assault suspect, Giancarlo Corsi, 57, is asked to contact them.

On October 25, officers took a sexual battery/abuse against a child report. The victim identified Corsi who reportedly molested him inside the classroom multiple times during the 2004-2005 school year. Corsi was not this child’s teacher, but a teacher in a classroom nearby. 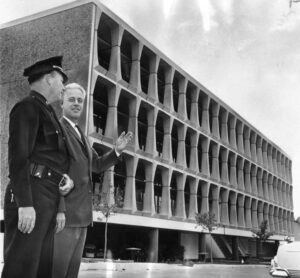 According to the Los Angeles County Sheriff’s Department Inmate locater, he was arrested on October 27, for violation of 288 (a) PC-Lewd Act with a child which is a felony charge.  He was booked into the Van Nuys jail at 6240 Sylmar Avenue. His being held on a $2 million bond. His booking number is 6490687.

Reports indicate that Corsi, who is a resident of Santa Clarita, taught at San Fernando Valley Elementary School from 1992-2006.

He took a break from teaching for several years, but returned to teaching in the San Fernando Valley in 2017, at Harding Street Elementary School.

This case will be presented to the U.S. District Attorney’s Office for further consideration.

Detectives with the LAPD have requested anyone who may have fallen victim to, witnessed or have additional information regarding Corsi to contact LAPD Juvenile Division
(818) 374-5415 or contact LA Regional Crime Stoppers 1-800-222-TIPS (8477).