UNITED STATES—Teachers in San Diego, California are giving up their spring break to teach migrant children being detained near the U.S. Border. On Tuesday, March 30, White House Press Secretary Jenn Psaki announced that students in San Diego would be going to hybrid learning, as migrant school children would have in-person instruction.

“Yeah, so the San Diego County Supervisor, Jim Desmond, he says, you know, I think it’s great that there’s in-person learning for unaccompanied minors from Central America, but I wish every child in San Diego County was allowed the same opportunity for in-person teaching,” a reported stated after learning about the re-opening of the school.

The reporter asked,  “So, I guess the question is, you know; does the White House think this sends the right message to these 130,000 kids in San Diego and their parents, who’ve been stuck at home for the last year?” 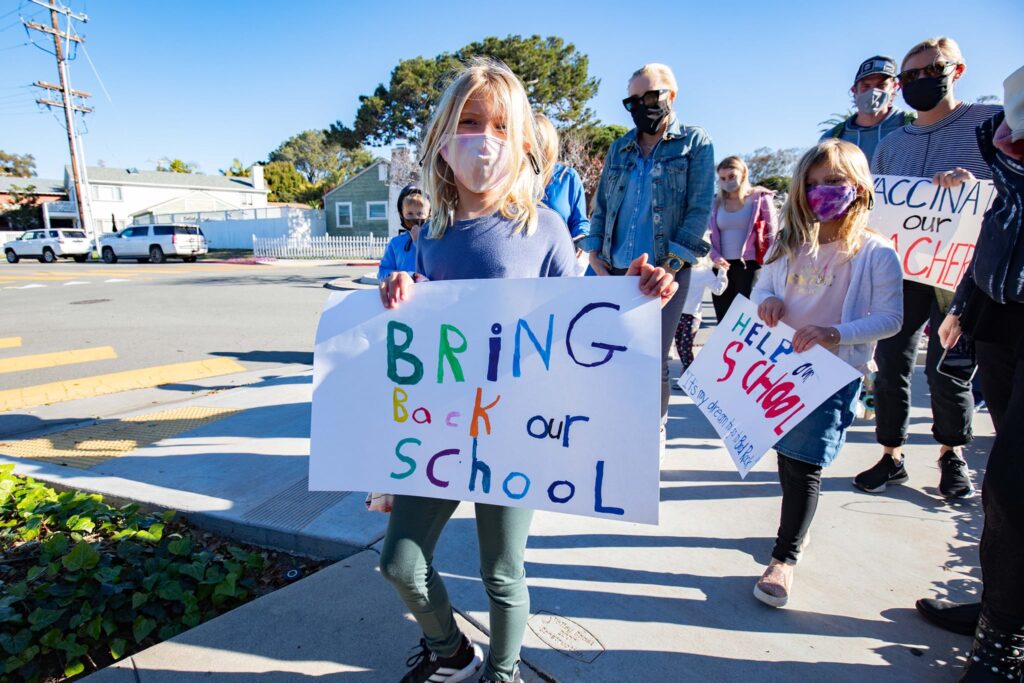 “Well, I’m just saying that context is important. And these kids are going back to school for hybrid learning. We, of course, want that to be five days a week, and we’re confident we’ll get there early next month. And I believe they’re also on spring break right now, so these teachers are — would be vo- — I’m not sure if it’s a volunteer or paid; you’d have to ask the local school district — while the kids are on spring break, which I think the context is pretty important. Okay,” Psaki stated.

Canyon News reached out to Maureen Magee from the San Diego Unified School District who confirmed teachers were volunteering for in-person teaching.

“Some of our educators have volunteered to give up their vacation time – this week is our spring break – to help hundreds of teenage girls who are sheltering in our city, away from their families and in some cases thousands of miles from home,” said Magee.

“Our teachers have volunteered to help — we are not paying them in any way — because caring for children is central to who they are as human beings. The power of their example should inspire us all, and hopefully, many others will be inspired to show these girls that we are a compassionate community,” Magee added.

California was one of the first states to shut down as a result of COVID-19. Governor Gavin Newsom has been under scrutiny for taking so long re-open the state. Many Californians have joined efforts with the California Republican (CAGOP) on the Recall Gavin Newsom campaign over his handling of the pandemic.

The Institute of Education and Sciences (IES) reported data collected between February 22, and March 12, with 42 states participating, and 3,300 of 5,000 sampled schools responded. Seventy-six percent of fourth and eighth-graders in the nation attended public schools that were open for hybrid or in-person instruction. Twenty-four percent of students attended schools offering only remote or online instruction.