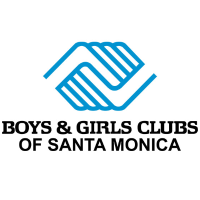 SANTA MONICA—Teens at the Boys & Girls Club of Santa Monica’s Keystone Club will gather for the Hearts of Homeless Sleepout on Friday,  January 20 at 6 p.m. to bring awareness to the homeless population in the city.

Despite a 20 percent reduction in the number of homeless population in Santa Monica from 2009 to 2016,

The fund-raiser aims to spread information about the homeless community and accepts donations in the form of money and materials.

The donated items will be assembled and distributed by the teens to the homeless people at the event. The teens will participate in leadership and diversity workshops followed by scavenger hunts, multiple games, activities, dinner and a movie that will happen around midnight

The teens will be setting up their sleeping bags and tents on the black top of their enclosed recreational area to experience a night being homeless.

The city of Santa Monica will be holding its annual Santa Monica Homeless Count on Wednesday, January 27. Homeless counts are mandated every two years by the U.S. Department of Housing and Urban Development for all communities that receive federal funds for homelessness programs. Santa Monica began conducting a Homeless Count on an annual basis in 2010 in order to more rapidly identify and respond to homeless population trends.

“In addition to counting individuals, City staff and volunteers collected brief demographic surveys from 133 unduplicated homeless individuals over 3 nights in several locations including downtown, Palisades Park, and the beach.  Self-reported results showed that only 3% of those surveyed have spent their entire homeless experience in Santa Monica, while 52% report arriving here from elsewhere in L.A. County, and 29% came from out of state,” states the city of Santa Monica website.

Survey data assists date reported by service providers and first responders that Santa Monica’s homeless population is shifting to a much more transitory group, with about 25 percent of individuals reported being in Santa Monica less than 1 and an additional 30 percent have been in the region between 1 and 12 months.

Around 62 percent reported being homeless for more than 1 year, including 30 percent who reported being homeless for more than 5 years.  This increasingly transitory population and the extended chronicity of their homelessness experience has contributed to the reduced utilization of local shelters, which is reflected in the steady decline in the shelter count since 2013.