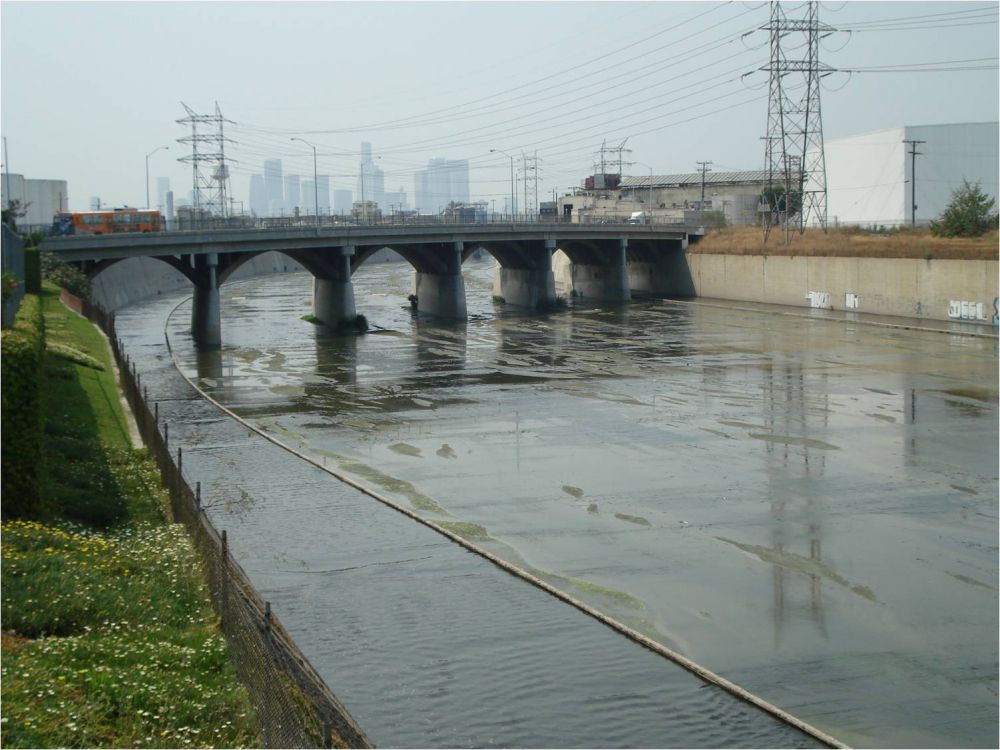 The water in the LA River is quite shallow, but the teens had trouble getting out because of the rivers fast current. Battalion 12 Chief White explained that water anywhere from six inches or higher can have the ability to drag people; especially if the bottom is unsteady, or slippery from moss or rocks.

White reassured that they have been trained for these sorts of predicaments with Swift Water Rescue Teams. He explained that these teams go out to different parts of the city, checking the channels regularly, and deploying rescue boats and water crafts that he described as “jetski-like.” He added, as a precaution to “keep folks away from the river [because] it’s a high speed channel. It’s dangerous.”

Canyon News spoke with Public Affairs Manager, Kerjon Lee of the Los Angeles County Public Works on ways they want to improve the California River. When questioning Lee on the safety of making the LA River more natural, he explained that it would be a lot of the same protection or service we have now. Elaborating on the use of Swift Water Rescue teams saying they are comprised of “Fire fighters and law enforcement members [that] are trained to quickly rally and rescue members of the public. He explained that the 51-miles of river have a faster movement of water along the channels during storm season.” He explained that the LA County would “naturalize [the river] while maintaining the same level of protection.”

Lee stated on Tuesday, October 29, “The LA County Board of Supervisors voted to send a letter to the President, LA County Congressional reps, the U.S EPA, and others in support of Alternative 20 of the Los Angeles River Ecosystem Restoration Feasibility Study.” The letter described that back in 2006, the degradation of the environment in and surrounding the river was getting worse, “the City of Los Angeles executed an agreement with the U.S. Army Corps of Engineers (Army Corps) to study the Los Angeles River and provide a plan for ecosystem restoration.”

The letter stated after studying 11 miles of the River, from Griffith Park to Downtown Los Angeles, the LA River became “one of only seven nationwide first phase pilots of the Urban Waters Federal Partnership, an implementation piece of the ‘America’s Great Outdoor Initiative.” This initiative “aims to stimulate regional and local economies, create local jobs, improve quality of life, and protect America’s health by revitalizing urban waterways in under-served communities across the nation.”