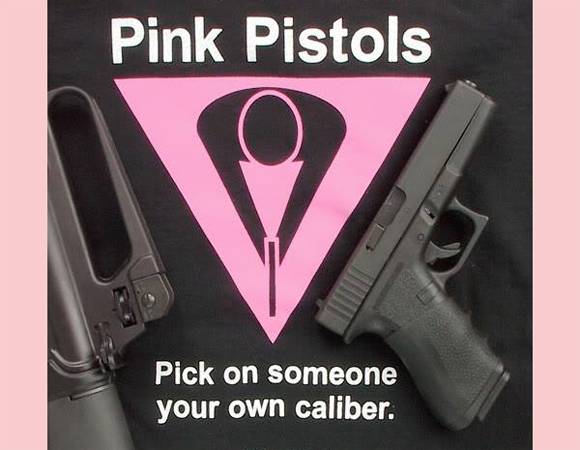 The idea for the group dates to 2000 when journalist Jonathan Rauch wrote an article for Salon.com calling for gay people to “set up Pink Pistols task forces, get licensed to carry guns and arm themselves to protect their community.”

Canyon News spoke to Jonathan Fisher and asked him why he started the chapter. “A few days after the Orlando shooting, I was distraught and had heard briefly about the Pink Pistols surging in membership in Orlando. I knew in the past there had been a West Hollywood Chapter but it had gone defunct years earlier. Inspired, I decided to start it up again. After posting to several websites, we went from four to 250 members in about a week. It was such an invigorating thing to experience.”

The group is a stark contrast to other LGBT organizations like Gays Against Guns, whose mission is “LGBTQ people and their allies committed to nonviolently breaking the gun industry’s chain of death–investors, manufacturers, the NRA and other lobby groups, and their puppets in Congress that block good gun laws,” and activists that are against guns and calling and rallying within the community for gun control. The Abbey in West Hollywood beefed up their security in the aftermath of the Orlando massacre.

“I guess I can recognize an unfortunate tactic lately where people who believe in gun rights are shouted down or dismissed. That’s not something I like, and I wish we could have that conversation about our rights not only as gay people but as Americans,” said Fisher.

Many new Pink Pistols chapters have sprung up across the country, including the West Hollywood chapter and one in North Hollywood. The Pink Pistols’s website features a map which list LGBT-friendly firearms instructors in every state. The website also features a forum for members to chat.

Fisher believes his chapter of Pink Pistols helps the gay community. “I feel that this organization, which, by the way, is only a group of individuals, we’re not a lobbying group with money or anything, we help the gay community by telling them that yes, if you feel a need to defend yourself and your home with a firearm, and you’re legally allowed to do so, you should. If you live in an area where carrying firearms is permissive, we encourage that as well.”

The Pink Pistols West Hollywood chapter also has a Facebook page. According to Fisher, some in the LGBT community views his organization as fringe.

“We’ve been portrayed as a fringe organization by members of our own community. This isn’t the case in the real world though, considering a 2013 Pew Research poll explained that 36% of LGBT Americans supported gun rights. That number isn’t fringe,” said Fisher.

“The sooner Pink Pistols is seen as an organization that’s not fringe but as one that’s rather mainstream, we can approach this conversation with more intellectual honesty. We try to do monthly shooting events and we also really try to see new faces every time. Thankfully, we have new members constantly. Gay, straight, trans, anyone- all are welcome,” he added.