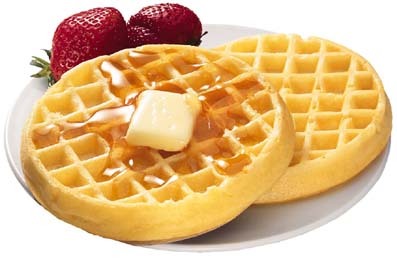 UNITED STATES—Overheard in a café: a plump happy lady chirping, “There is nothing more wonderful than a toasted bagel slathered with cream cheese.” This is blasphemy to those of us low-carb folks who embrace fresh, easily digested foods that aid in maintaining svelte bodies and yet 1/4 of the lady has a point. The wonderfulness of a bagel with cream cheese is largely due to the rich interplay of textures, which is a vital but underrated dimension of eating.

The senses are spellbound when the rough surface of a hard browned crispy bagel, yields to the teeth, and meets the smooth thickness of Philadelphiacream cheese. The glowing orange toaster element transmutes the mushy spinelessness of bread through the alchemy of heat into another thing altogether, akin to the transformation from grape into raisin; it crisps it, it crushes to the bite and rubs against the gums, as toast turns to crumbs, and grainy toasted surfaces thrill the tongue and dissolve into memory.

Consider all the textures and the moods conveyed: crispy, chewy, crunchy, smooth as jello, slippery as an eel, rough, spongy, hard, stringy, thick, watery, lumpy, effervescent, greasy, pasty, gooey, powdery, flaky and grainy. Surely caviar owes its cachet so much to the smooth gel-cap exterior bursting between the teeth, the oily juice squirting from the fish egg. A similar sensual experience is provided by caviar’s bumpkin cousin, the more widely enjoyed corn on the cob. And there is nature’s infinite geode: the pomegranate with its burst of juice and seedy sediment. On the unnatural side, the myriad textures of an ice-cream cone set off all the pleasure centers, offering the chance to lick and chew and even drink (when it melts). And the coldness of ice-cream makes caramel extra chewy and walnuts crisp.

Our zip-locked culture diminishes certain unseemly pleasures of texture. Who can compare the joys of a chewy old raisin to one fresh out of the box or a dromedary date that’s been in the cabinet for 10 years? This is the chewy crotchety zone of dried fruits that represents uniquely tough textures. Apples, for example, can by enjoyed, dried, baked and fresh, as well as in sauce or juice. We humans seem to have taken the apple, of all fruits, to the farthest reaches of texture.

The potato is not far behind, from potato salad to hashed browns. The amazing egg can transform into smooth chewy nuggets of scrambled eggs, or the jello-ey firmness of hard-boiled concealing nougat of firm yolk. And then there’s the fried egg in a textural class by itself.

My gosh the rational health-minded foodist and the dishwasher alike are quick to embrace the practicality of a nonstick pan which produces bland eggs with no need for cooking oil. Nutritionists may argue till the sun goes down the health virtues and vices of different cooking oils, but above and beyond those quibbles, the realm of texture vindicates cooking oil. It makes possible the crispiness on the bottom of the fried egg. What’s more, the yellow on top contains a watery thickness that runs out when pierced by the tines of a fork. All these contrasting surfaces contained in a fried egg—crispy to runny—delight the senses.

Texture is a prime feature behind meat’s lasting appeal. The cost factor and its environmental impact (you contribute more to the planet’s wellbeing by renouncing meat than by driving a hybrid) are laid waste by texture. Burnt to a crisp on a grill or boiled: meat can be chewy, gristly, tender, running the gamut from gooey oysters to tough beef jerky, from hamburger burnt black to raw steak tartare.

As we seek a better way to eat and aid fitness by what we choose to put in our mouths, let’s remember the value of texture and its pleasures. Experiment with healthier options to orchestrate texture to its full-bodied magnitude – so the lady who is smitten by a bagel and cream cheese may be just as happy with a slice of toast with creamy avocado spread on top. That is a challenge for the future of eating: to find ways to embrace the joys of texture while encompassing the lasting fitness and good energy we seek.

Hollywood humorist Grady Miller is the author of “Lighten Up Now: The Grady Diet,” available on Amazon. He can be reached at grady.miller@canyon-news.com.