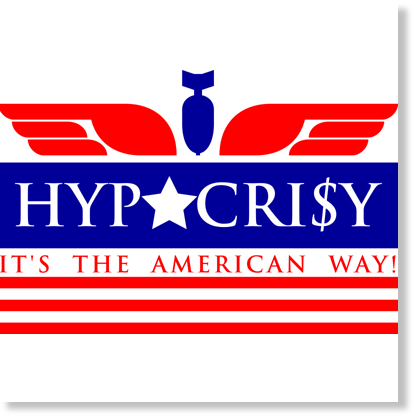 On the Navajo rug in the living room lay the mother of one of his son’s classmates, and she didn’t appear to be breathing. Murder in Hancock Park—Todd Harris already pictured the bloated headlines—Diet Doc Dusts Mommy. Todd speed-dialed Dr. Sheehan.

“Get over here, I need to see you. I think I killed somebody.”

Who else? His chief head shrinker, his priest, his confessor and consigliore all wrapped up in one, Dr. Theodore Sheehan.

Dr. Sheehan, clad in tennis clothes and espadrilles, arrived shortly. Neglecting to shut the front door, Dr. Sheehan entered the foyer and stepped gingerly over the body at the head of the sunken living room. He bee-lined through the dining room and into the kitchen.

“What have I got to clean up for you this time, Todd?” he sighed.

“It was in self defense. Defending my career against this, this intruder. Listen,” he cupped an ear.

“That’s the sound of my empire crumbling.”

Todd was dipping Pringles chips in French onion dip, one of his verboten foods, along with chimichangas and pork strudel. With a maniacal repetition, like a chain-smoker lights one cig after another, like a pothead joneses Doritos, he drowned tortilla chips by the fistful in creamy dip.

Slightly winded by the gorging, Todd made his way to the drawers and pulled out boxes of donettes coated by waxen chocolate and others sugar frosted. He opened the walk-in freezer and pulled out a side of beef. When he finished the chocolate donettes—his favorite—the white powder-sugar-frosted donettes had the effect of crop-dusting his cheeks and underlip in fine white powder.

“Donut?” he offered, his mouth full of sugary white mush.

“No thanks,” replied Dr. Sheehan. “What are you doing stuffing your face? You’re the holier than thou diet guru!”

“I’m doing research on the psychology of binging, for my next book,” Todd said. “It’s about to be considered a mental disorder.”

“Well,” Dr, Sheehan said, “as your psychiatrist and spin doctor, I suggest you call a press conference immediately. Show a willingness to face issues head on.”

Within a snap of the fingers, the sedate Hancock Park manor was teeming with camera-wielding media troops. It flashed like a lightning storm in the Ozarks. Thirty microphone porcupine were shoved in Todd Harris’s face as Allegra Newton’s body showed in an unflattering light, her naked, cellulite-bound legs scissored unnaturally.

“Do you have a cocaine problem?” asked one journalist, with a French accent.

“No. I don’t have a problem with cocaine. Got any?” When the press corps’ chuckles faded, Todd continued: “That’s not drugs,” Todd gestured to the telltale white powder on his cheeks, “That’s something much worse for a sanctimonious diet authority like myself. That’s donut dust.”

The press corps chuckled again. If you want to get away with murder, Dr. Sheehan had told him, keep ”˜em laughing. That advice was working. Todd now went on to explain how, his nerves frayed by a blackmailer’s demands, he spiraled into a carb and pastry binge that culminated, unfortunately, in Allegra Newton’s murder.

“I apologize to all those people I’ve hurt,” he said. “I’m deeply, deeply sorry. I take full responsibility for my actions. It was very thoughtless of me to pin Allegra Newton under Rodin’s The Thinker.”

“The Diagnostic and Statistical Manuel of Mental Disorders (DSM) from the American Psychiatric Association now contains binge eating as a mental disorder. Thus, Mr. Harris intends to plead temporary insanity. And his defense team will make every effort to besmirch the good name of Allegra Newton.”

Indeed, a jury composed of Todd Harris’s peers—O.J. Simpson, Klaus von BÃ¼low, Robert Blake and Richard Simmons—returned a verdict of not guilty by reason of insanity. He was the blameless victim of a murderous rage provoked by his eating binge, which was in turn provoked by stress, overwork and blackmail. The jury commended Todd for his rare forthrightness and honesty, and voted him a lifetime supply of Trader Joe’s reduced-guilt fudge brownies.