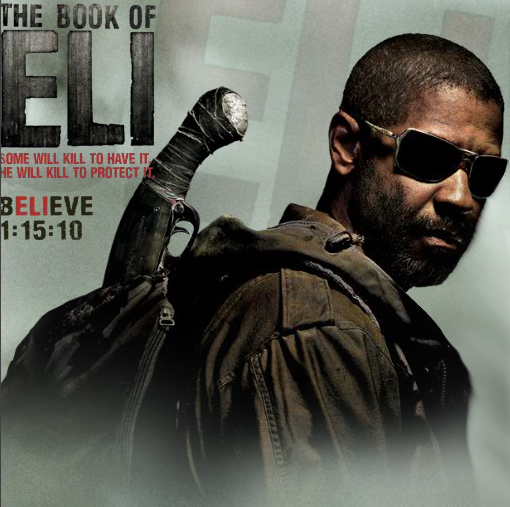 HOLLYWOOD —Denzel Washington is unforgettable in the new film “The Book of Eli.” Washington has played a lot of roles, but this one is brand new to the two-time Oscar winner. The film is described by the studio as, “A post-apocalyptic tale, in which a lone man fights his way across America in order to protect a sacred book that holds the secrets to saving humankind.” Yes, it’s in the vein of “2012” but with such solid actors as Washington and Gary Oldman, who is perhaps the most versatile character actor of this era, the film really is incredible. Directed by Albert and Allen Hughes, who are famous for “Dead Presidents” and “Menace II Society.”

Washington follows the story in the 118 minutes with precision timing and he never tires in the film. His character Eli is a very masterful thinker who has a lot on his shoulders and wonders what the future will bring. Oldman as Carnegie brings a level of acting to the film that offers a rich change from Washington’s dry but magnetic style that has made him famous. Washington seems detached, in a good way, from many of his roles, while Oldman embraces each of his characters and makes you believe he’s someone else each time you see him in a film.

Being a lover of the Southwest, it’s great to see a film made in New Mexico, which gives it a Clint Eastwood, John Ford feel to it. New Mexico can often be used in films to show almost a wasteland scenery, which directors Hughes both master in this movie. Though it has a Christian theme, it’s surely not the loving Jesus-style of film you’d expect. You are faced with the bloody violence of early-Christianity and Oldman is the bad guy in the film. You’ll root for Washington but don’t know how it’ll all play out. The directors managed to keep the film cloaked in mystery not just from the press but even from viewers who will watch it. Certainly not one of those films you’ll want to leave the theater until it’s over.

If the film has one deficit, it’s the physical brutality and bad language often used in many films, especially by Warner Bros. Though Washington and Oldman are acting geniuses and both are well suited in their roles. I give “The Book of Eli” Three and a half Stars. The movie opens on Friday, January 15, in theaters nationwide.