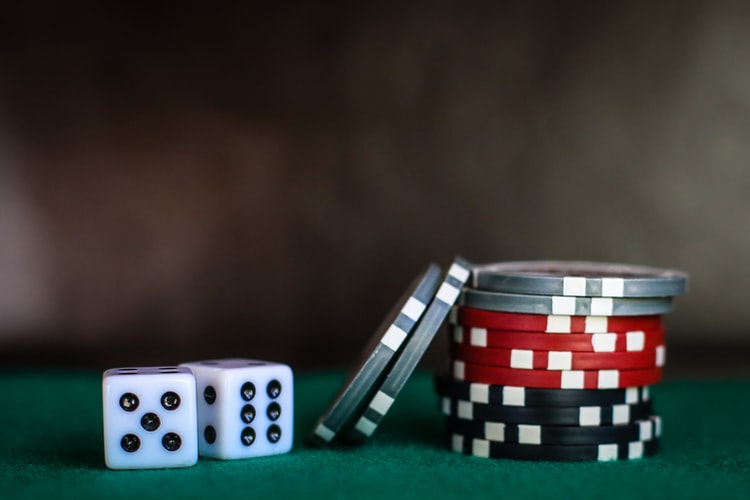 UNITED STATES—One of the statistics published a couple of years ago by a renowned website Overcoming Gambling reveals about fifteen million Americans display signs of gambling addiction, with the average debt incurred by a male pathological gambler being as high as $90,000. With figures such as this it is clear that millions of people find themselves sucked into the gambling trap. In fact, they are sucked into one of the biggest traps or deepest pitfalls. However, what is the mentality behind such compulsive behavior, and what is it about the pursuit of “easy money” that leads so many into financial woe and ruin?

“Before I knew it I was taking ridiculous chances just to try and win back what I’d lost.”

The Trap, The Pitfall and The Risk

It is often the case that addicts of any nature claim that nobody can truly understand the nature of addiction until they have experienced it firsthand. This is certainly true in the case of Henry (whose name has been altered for legal reasons), who has spoken of his gambling experience,

“I never used to understand the draws of gambling. In fact, I used to think that people who had such issues were mere idiots. Then, one day I found myself £2,000 in debt through gambling, and in serious danger if I didn’t pay up, which I couldn’t.”

On how the situation escalated into such a serious debt, Henry said, “It started out with just online betting with just five-pound notes or five dollars and it just spiraled from there. Before I knew it I was taking ridiculous chances just to try and win back what I’d lost. I was lucky in the sense that I had a friend who agreed to bail me out, otherwise goodness only knows what might have happened.”

Knowing When To Cut One’s Losses

With real life accounts such as this it is difficult to dispute the potential dangers and pitfalls of gambling. However, Katie Newsom, an occasional gambler based in Yorkshire, England takes a different view of the pastime:

“Not everybody who partakes in gambling has a problem with it. I usually buy a lottery ticket and bet on the occasional horse race, but I’m not up to my eyeballs in debt. It’s all about knowing when to cut your losses. Most people who make bets realize this. It’s only the minority who do not.”

Perhaps then the only conclusion that can be drawn is that gambling, much like alcohol, can be enjoyed responsibly. However, also like with alcohol, the trap of addiction looms large for anyone who is susceptible to addiction.

Help for Those Addicted to Gambling

Gamblers go through the stages of victory, loss and despair. As the cycle repeats itself, the person normally gets deeper and deeper into debt. It is a natural phenomenon in human behavior.

In her book, Head Case: Treat yourself to Better Mental Health, (Headline Publishing Group, 2007) Dr Pamela Stephenson Connolly points out that while gambling affects both sexes and people from every walk of life, it may be more pronounced in young men and in individuals from lower socio-economic groups.

Signs That Gambling is Out of Control

Many people gamble but know when to stop. Here are the signs that gambling is out of control and the person addicted:

A lot of time spent thinking about gambling

Attempts to stop have always failed

Gambling is treated as an escape from problems

Lying about the extent of the gambling

If money runs out, the gambler may commit fraud, steal, embezzle or forge money

Gambling has caused problems with relationships

Gamblers keep on chasing the losses

What Causes a Gambling Disorder

Gambling disorder has similarities to substance abuse disorders and obsessive-compulsive disorder. Some minority groups are more likely to become involved in gambling and some people have a firm belief that they are lucky.

Dr. Pamela Stephenson Connolly says that certain biological abnormalities may be present in a person who develops an addiction to gambling. She also says that the role of the neurotransmitters in impulse-control seems to be associated with the processing of emotional information. If these are not functioning properly, the person will be unable to stop and make a wise decision over whether they should gamble.

How is Gambling Disorder Treated

The following are recommended treatments for gambling disorder even though there are several options –  harm Reduction programmes, psychodynamic psychotherapy, cognitive-behavior therapy and family therapy.

Medication can also be prescribed especially if the person suffers from a related disorder such as obsessive-compulsive disorder, bipolar disorder or depression.

Self-Help for People with Gambling Disorder

Dr. Pamela Stephenson Connolly says there are many ways for a gambling addict to help himself. A combination of these along with conventional treatments can produce very good results. These approaches for self-help include the following measures:

Read and research and learn about what constitutes a gambling disorder;

Write a gambling history so that behavior, events and consequences are recorded;

Make a list of what triggered gambling episodes. Was it feelings of hurt, helplessness, anger or something else;

Keep a diary of the desire to gamble and rate the urge on a scale of 1 to 10;

Learn to be self-assertive;

Throw out reminders of gambling such as cards, dice and books;

Gambling disorder can be defined as a crippling addiction to gambling. It helps to have family members who are willing to stand by sufferers and encourage them as they break away from the urge to gamble. Gambling addiction can be overcome but it is generally a process that has to be lived through one day at a time.

It is important to help such gamblers more who have just started to gamble and are still not in great debt or addiction. It is easy to withdraw the person from wrong doing at initial stage. It may become tough while years pass on and the person completely ruins himself.