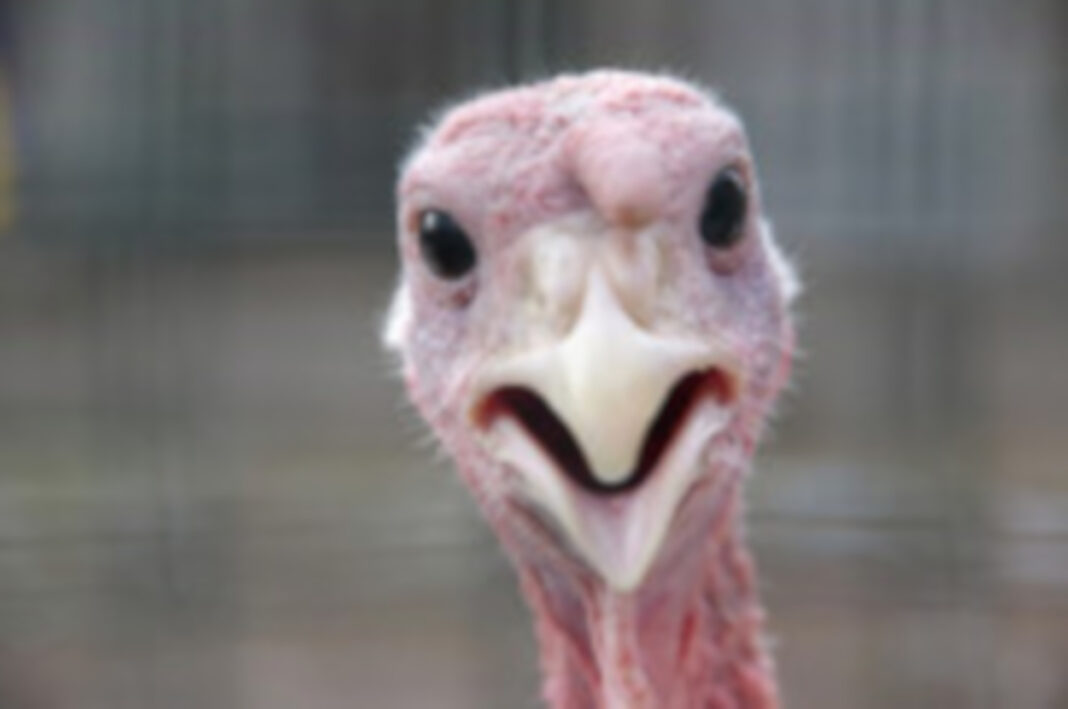 UNITED STATES—Good morning. Good afternoon. It’s already fifteen minutes into the afternoon. It must be morning for a rock star like you, Sam.

“Good morning. How are you today. (It wasn’t a question, but an invitation to not tell the truth.)

“Terrific. The pumpkin spice smells wonderful. I’d like to see what the farmer and his wife are having today.”

Sam’s nose caught the enchanting scent of pie baking and for a moment he believed what he was saying.

Chirpy chatter was unfolding around Sam as the caws came from the lost wild turkeys dotted the skies. Unanimous chirps. Their unanimity jarred Sam. Now Sam’s brother-in-law, a bit of a pedant, must have seen right into Sam’s birdbrain, for he suddenly spoke:

“It’s odd. They say the wild turkeys’ cries still cross over to our species, civilized as we may be. At the core of their being is a yearning to communicate. Even if they haven’t been trained to duplicate our speech, they’re trying to tell us something.”

This was a question this time. There was such a gulf between his truth, and that of the guests gathered for this special dinner. His own raw truth gave Sam a sudden purity and innocence. He obeyed a compulsion to tell, well, the truth.

There was a silence. You could hear their sweat bead among the elders, and the stomachs’ rumbling in anticipation of a grocery delivery from Farmer Joe.

“Sorry to hear that. I detest being here,” said Sam. “Have a drink. You’ll feel better.”

Sam’s older brother said that he must be goofy. “We’ve got a roof over our head and three squares a day and bottomless well drinks. What more could you ask for?”

“I feel awful. I don’t know what it is. Maybe there’s going to be an earthquake or something.”

He chugged it down gladly. Sam’s every gesture was a betrayal of everything he knew now to be true. This inexplicable dread of tomorrow that couldn’t be denied. He spoke:

“Something came over me yesterday. I wanted to kill Lisa.”

Sam’s brother-in-law, who always took him under his wing, sidled up and said:

“Don’t think I don’t entertain similar notions about Allison from time to time.”

“You know I don’t mean it, hon. You’ll pay for that!”  she cackled. Sam got caught up in the laughter and, for a moment, felt good.

Then, soon as Allison was gone, Sam spoke:

“Look where it got us. I’m spilling my guts all over the straw on the barn floor But I can’t stand it here any more.”

“You’re young, Sammy. The truth will get you somewhere. But sometimes you don’t want to scare the kiddies, you know.”

“Hey, weren’t we supposed to be feasting on pine nuts and health food?”

Indeed… That’s what Sam’s brother-in-law believed, right up to the time one of the lost wild turkeys flew into the red wooden cathedral and loudly announced:

“You guys better get out of here and come with us.”

Farmer Joe emerged from the white house, not with a big burlap sack of groceries, but a long-handled device. Sam unsheathed his weapon of choice, a very sharp beak, and sank it deep into Farmer John’s eye. He reeled back in pain and hit his head on the back of an old rusting plough. The wild turkeys flew into the heavens, taking Sam.

Sam’s heart was breaking, but he left his clan to join the wild turkeys. Only later would he learn that everybody he knew grew up and ended on a plate. C’est la vie, c’est la mort.

Graydon Miller, the Wizard of Fiction, is the author of “The Havana Brotherhood” and “Later Bloomer: Stories from Darkest Hollywood.”