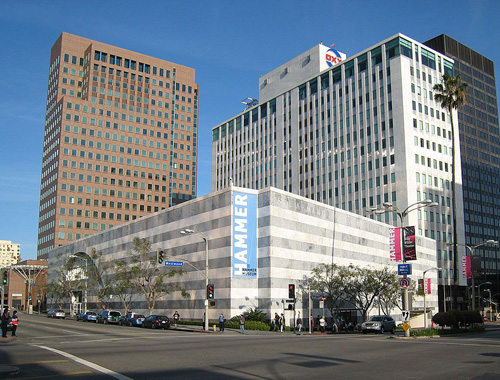 WESTWOOD—The Hammer Museum, located in Westwood Village, was founded in 1990 by Dr. Armand Hammer and partnered with the University of California, Los Angeles in April 1994. Since its establishment, the Hammer has featured many thought-provoking exhibitions and programs.

Currently, “All of this and nothing” is the featured exhibition at the Hammer and it will be on display until April 24. Instead of featuring only Los Angeles-based artists as usual, this exhibition features over 60 works by seven international artists and seven Los Angeles artists.

The mediums utilized are mainly simple daily items such as a sheet of drywall or cellophane but also include items such as an enchanting harp. According to the Hammer Museum’s website, the artists’ work aims to explore “ideas of disappearance and reemergence, of shifting visibilities, as well as the beauty found in the everyday.”

The Hammer is located at 10899 Wilshire Blvd. and is open from 11 a.m. to 7 p.m. on Tuesdays, Wednesdays, Fridays and Saturdays. On Thursdays and Sundays, the museum opens at 11 a.m. as usual but closes at 9 p.m. and 5 p.m. respectively. Admission for adults is usually $10 but is free on Thursdays.