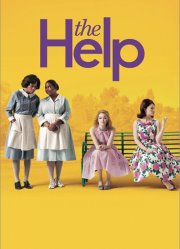 HOLLYWOOD—Awards season continued as the 18th Annual Screen Actors Guild Awards were held at the Shrine Exposition Center on Sunday, January 29.  The night’s big winner was “The Help” which walked away with three awards including Outstanding Performance by a Cast in a Motion Picture.  This now places the Oscar race for Best Picture into a three-way battle between “The Help,” “The Descendants” and “The Artist.”

Speaking of “The Artist” the movie didn’t go home empty handed as Jean Dujardin was a winner for Lead Actor in a Motion Picture.  Many were speculating that George Clooney would win for “The Descendants,” so Dujardin’s win was a surprise that definitely shakes up the Best Actor Oscar race.  This is turning into an exciting awards season where anyone can be a winner.

Lead Actress in a Motion Picture was awarded to a stunned Viola Davis for her powerful performance in “The Help.”  She received a standing ovation from the crowd as she took the stage.  “I was eight year’s old when I decided to be an actor,” said Davis while accepting her award.  She dedicated her trophy to acting icons Cicely Tyson and Meryl Streep.

In the Supporting Actor category Christopher Plummer continued his awards sweep with a win for his performance in “Beginners.” He got a few laughs from the audience as he joked while accepting his award.  An emotional Octavia Spencer won for Outstanding Performance by a Female Actor in a Supporting Role for her fierce turn as Minny Jackson in “The Help.”  “This means so much coming from you SAG,” said Spencer while on the stage.

On the television side, Alec Baldwin continued his reign as the actor to beat in the comedy category as he walked away with the award for Outstanding Male Actor in a Comedy Series for “30 Rock.”  He thanked his writing staff on the show for his win, with a special tribute to co-star Tina Fey.   A shocked Betty White collected her second consecutive win for Outstanding Female Actor in a Comedy Series for her role on “Hot in Cleveland.”  She thanked her co-stars on the show Wendie Malick, Jane Leeves and Valerie Bertinelli.

With both the Golden Globes and Screen Actors Guild Awards now behind us only one more major award ceremony will take place at the end of February: The Academy Awards.  There have been a bevy of surprises this awards season so I expect nothing less come Oscar evening.  Any predictions as to who will win?