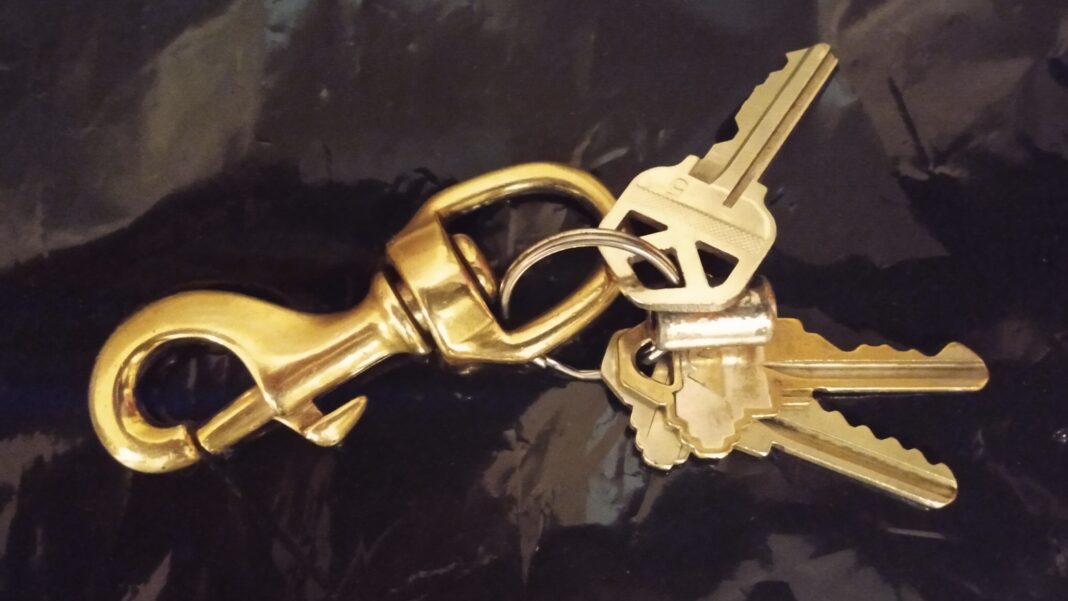 UNITED STATES—All of what I am about to tell you is true, every word of it, despite my renown as the Wizard of Fiction.  The matter of the keys  all started on Wednesday, June 30th, when I was planning to leave on a road trip outside the City of Angels and Angles and I had one last deed to perform.

The reader of the audiobook version of my Spanish novel “Mujeres con navajas” was house-sitting for a mutual  friend Joseph, who was returning in a few hours from his own trip out of town. As a nice gesture Joseph offered Irma the chance to housesit and feed the cats when he learned from me that Irma had been unjustly evicted after subletting a room from a man in the Art District who hadn’t paid rent for a year.

This is how it worked: Joseph and his family would be camping on a beach near Santa Barbara and Irma would have a place to stay in comfort, where she would feed the cats and the beta fish.

Meanwhile, Irma’s son, the publisher of “Mujeres con navajas,” was leaving town on a for a vacation in the Philippines with his fiancée.

At the conclusion of a stay that extended 12 days, I was to pick Irma up and take her across town to her son’s Westside apartment where Irma would be now staying after the house-sitting ran it’s course. I would be bringing Irma a set of keys with the garage control. You see, Irma already had her car stowed in her son’s apartment house garage, and the keys were entrusted to me.

I drove half past nine to pick her up, a bit nervous about keeping track of this extra set of keys her son had given me with before leaving for a vacation in the Philippines.

I drove downtown to this rambling bungalow, on a hillside where Irma had had a respite after the unpleasantness of eviction, and a wrongful one at that. I handed Irma the keys and we headed for the Westside. It was a load off to successfully transfer those keys to Irma, and I was one step closer to launching my road trip.

Irma suggested we stop for breakfast.

MacDonald’s it was: she wanted their round pieces of bread that they put honey on. When we saw the picture on the menu, I realized Irma was talking about pancakes. Well, life is full of surprises, and it was a fine breakfast with draughts of good hot McDonald’s coffee and egg and bacon and round pieces of bread with honey on top.

Arriving finally at the apartment where her vacationing son and fiancée lived, workmen were changing the code for the garage door. How lucky to be here, here and now, so Irma could get the new code! I really caught my breath. Without the right code to get in and out of the underground garage, what would Irma have done for the next two weeks?

“I can’t get out,” Irma said after I took her bags out of the trunk and I saw the she indeed could not get out of the car. A cement column in the underground parking garbage was in the way.

I drove my car forward a few feet, Irma got out and gasped, as her fingers fished with frenetic energy through those zippered glossy black handbag, “Where are the keys?”