UNITED STATES—The #MagaChallenge has been trending via social media in recent weeks. The first rapper to release video was Bryson Gray, known as MAGA BOY, urging his followers to join in.

President Donald Trump has seen some of the videos and tweeted, “I will be announcing the winners of the #MAGACHALLENGE and inviting them to the @WhiteHouse to meet with me and perform. Good Luck!” 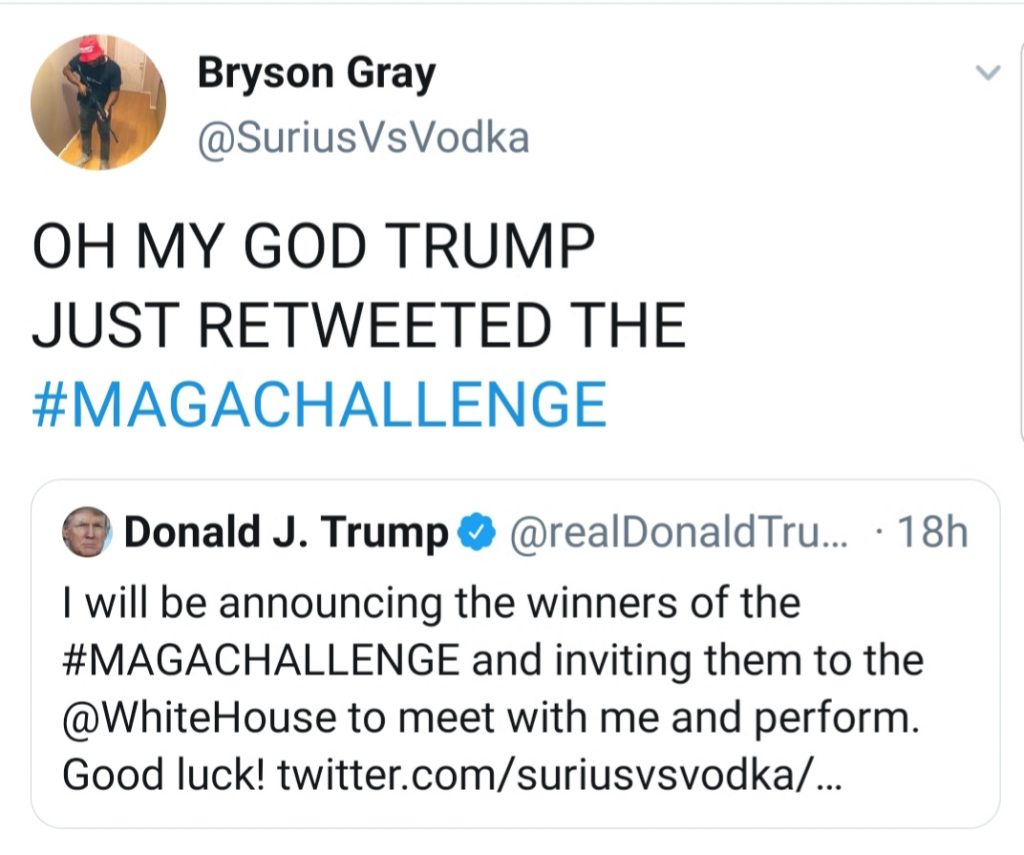 “A Little Bit of Monica in My Life” in a reply to @RollingStone tweet: “OMG #MAGACHALLENGE is the best thing that happened to Twitter. It’s been going strong and lots of great videos. Hope Twitter let you see them.”

The majority of videos depicted on Twitter consists of young adults and teens. Christian conservative, Carmen Sabia’s tweeted praise for the teen rapper, Jayne Zirkle saying, “This kid is fantastic. You have got to see this. #MAGACHALLENGE.”

Isaiah Washington tweeted, “I woke up this morning feeling GREAT and GRATEFUL so I thought I’d hit y’all with my 80’s Wild Style.#MAGACHALLENGE”

The Washington Examiner replied to the video indicating it was cringeworthy and a little awkward. 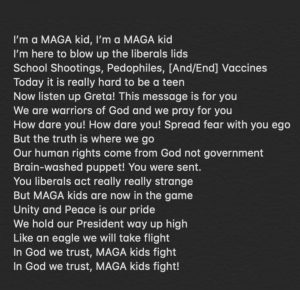 “These kinds of contests are a staple of a modern Presidential campaign. Most campaigns are eager to show their candidate interacting with real people. Obama’s dinners generated extensive coverage,” Legum added.