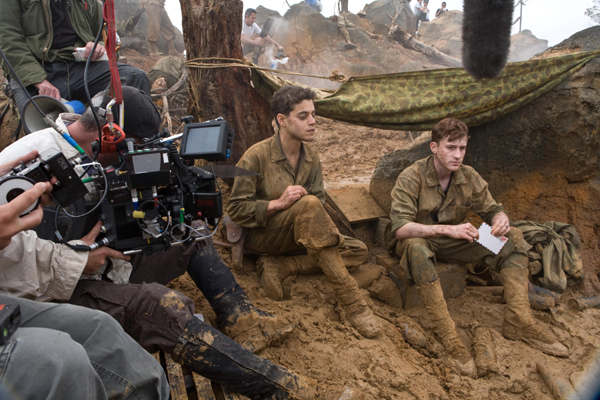 HOLLYWOOD —Despite the suffocating 115-degree heat and a lack of clean drinking water, Sledge, Leckie and the other Marines confronted the highly-fortified enemy as they attempt to capture the Peleliu airfield. The emotional scene when the troops trekked across the airfield left me in tears. Seeing what a tumultuous journey these young heroes endured during WWII makes the viewers respect our nation’s greatest generation even more.

After seeing his comrades badly injured, Leckie himself was wounded and evacuated from the island. Sledge witnesses the shocking truth about what is sometimes required to survive and fight another day. These characters are actually trained actors who are incredible in making things look real. The actor who plays Leckie has made the character the heart of the series. What separates this miniseries from the others is the exceptional writing of Bruce C. McKenna and Laurence Andries. These writers take real life stories and incidents from the men who lived and survived the Pacific theatre, while giving a realistic portrayal of those men’s stories.

This episode perhaps the most physically taxing on the actors and most emotionally moving for viewers was directed by Tony To. “The Pacific” airs on Sunday nights at 9 p.m. on HBO.