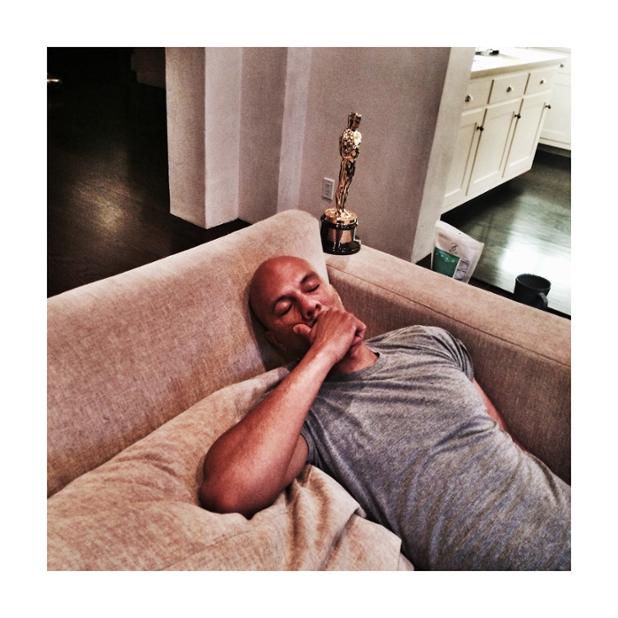 UNITED STATES—The power of public speaking is an art form itself, but even if you’re not the best public speaker, that doesn’t mean you’re not able to evoke powerful words to the nation.

Sunday’s Academy Awards will go down in the history books as having some of the most powerful speeches that I can remember. I mean typically during the ceremony each year there is one or two winners who deliver speeches that are talked about for years; this year there might have been four to five.

It all started with Best Supporting Actor winner J.K. Simmons who talked about the importance of TALKING to your parents. Yep, that’s right talking. Not emailing, not texting, not writing, but actual conversation with them. Next the attention turned to one of the other winners of the night, I can’t remember precisely who, but she advocated for the importance of talking about ways to prevent suicide. I mean the number of suicides committed each year is alarming to say the least so we have to do better at prevention.

A few moments later, Best Supporting Actress winner Patricia Arquette delivered a speech that had Oscar-titan Meryl Streep on the bandwagon. Arquette voiced her concern about advocating for equal right for women, gays and having a fair labor wage for all Americans. I mean it had me cheering; when was the last time someone from Hollywood, where millions are made had the guts to ask Americans to unite in fighting for something they so deserve.

A speech that Americans will indeed be discussing for the next month, will be that from musicians Common and John Legend whose performance of “Glory” left many in the audience in tears. It was a moment of sheer brilliance, but it was their speech after winning Best Original Song that was so poignant.

The duo spoke with such eloquence and tenacity without being preachy, addressing issues of equal rights, incarceration rates for African-American males for misdemeanor crimes and how while this country has made great strides in the fight against prejudice and racism, we still have plenty more to go.

If that speech didn’t move one to take action, I seriously have no idea what will. The one speech that really got me was from Best Adapted Screenplay winner Graham Moore for “The Imitation Game.” He was completely baffled with his win, so much to the point that he acknowledged Lady Oprah on more than one occasion.

Instead of doing a bunch of praise to those around him, he decided to share his story of trying to commit suicide when he was 16 for not fitting in. He later went on to provoke the importance to ‘stay weird’ and to embrace your individuality. Such a great point; we live in a world of conformity so to hear someone say its okay to be unique, in fact it makes you standout amongst those who conform and it’s a good thing. A lot of kids and teens need to hear that more in this peer pressured culture that we live in.

It just makes me reflect back on a time, where I got the opportunity to speak publicly in high school at my experience learning about the work force. I remember I originally wanted to give a speech that was more about exposing my job at the time, instead of cohesively thinking.

After getting some advice from some teachers, I touched up on my speech in a way that I never thought I was capable of doing. I had people literally clapping for me, for my message, a thunderous applause that I wasn’t expecting and a standing ovation that made me realize, I have a voice and it needs to be shared with the masses. You don’t have to be a great orator to deliver a moving speech, you just have to speak from the heart, and it resonates with people every single time.