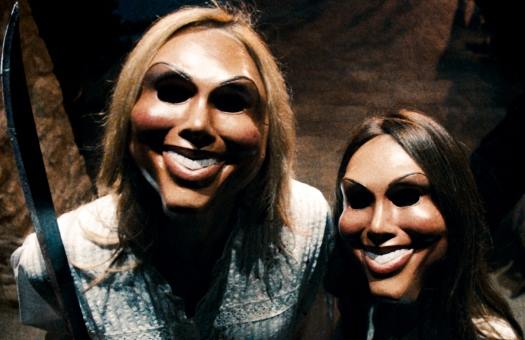 UNITED STATES—This weekend I watched a psychological thriller titled “The Purge.”  The movie opened in June 2013 and blew audiences by surprise. This was a movie that instantly hooked me with its unique premise: the government allows a 12-hour period where crime is legal. Bad things happen during this period and frankly there isn’t much you can do, except try to survive.

There were countless surprises and twists throughout the film that kept my attention, but what haunted me well after the movie ended was the question of, “What if?” Could our government implement a ‘purge?’ A time frame once a year that allows people to get away with some heinous crimes.  More frustrating is what would be the purpose of this annual event.  As in the movie, the goal would be to allow people to unleash any pent up anger or aggression they had been experiencing. What I saw the picture examining is an issue of socioeconomic status. There are the haves and they have nots. Those who have the resources and money to protect themselves during this annual event compared to those who don’t.  In essence, the wealthy have an advantage and that is a scary aspect to say the least.

The one thing that frightened me the most about the movie was the characters penance for violence. It appeared everyone was intent on killing other people, which had me asking myself, “What would most Americans do if this actually existed?”  Would murder be on their minds, larceny, robbery, theft, vandalism, etc? As a spectator of the movie, there is no way of really knowing, but the idea that a government would enact such a strategy to element crime in America is smart, but at whose expense?

I felt the movie tackled an issue of the rich taking out the lower class because it prevented the likelihood of those individuals committing more crimes.  We all know that crime is an element of opportunity and need. Those who do not have are more likely to commit violent acts to get what they want, particularly in this case the people at the top of the social status relished in this annual event because it made things better for their lives to continue their triumph at the top.

“The Purge” is not a tale about violence; it’s a tale about class, people fighting to maintain their ability to stay on top which is something that more people fight for than we think. Is America heading in such a direction? What is this movie telling us about the cycle and life, but more importantly if we place an emphasis on the value of a human life and how we treat people who may not be ‘like us.’

I have the utmost reason why this picture has continued to haunt me days, weeks after seeing it. Could it be the factor that there is more to it than what I perceive it to be? This idea originated from some facet of life, but the scariest predicament about the picture was the realization of being placed in a life or death situation. Not all characters participated in the annual ‘purge,’ but if circumstance placed them in a situation where it was a case of kill or be killed just what would they do? But if you knew you could get away with the crime, would it make it that much easier to commit it without any guilt in its aftermath?