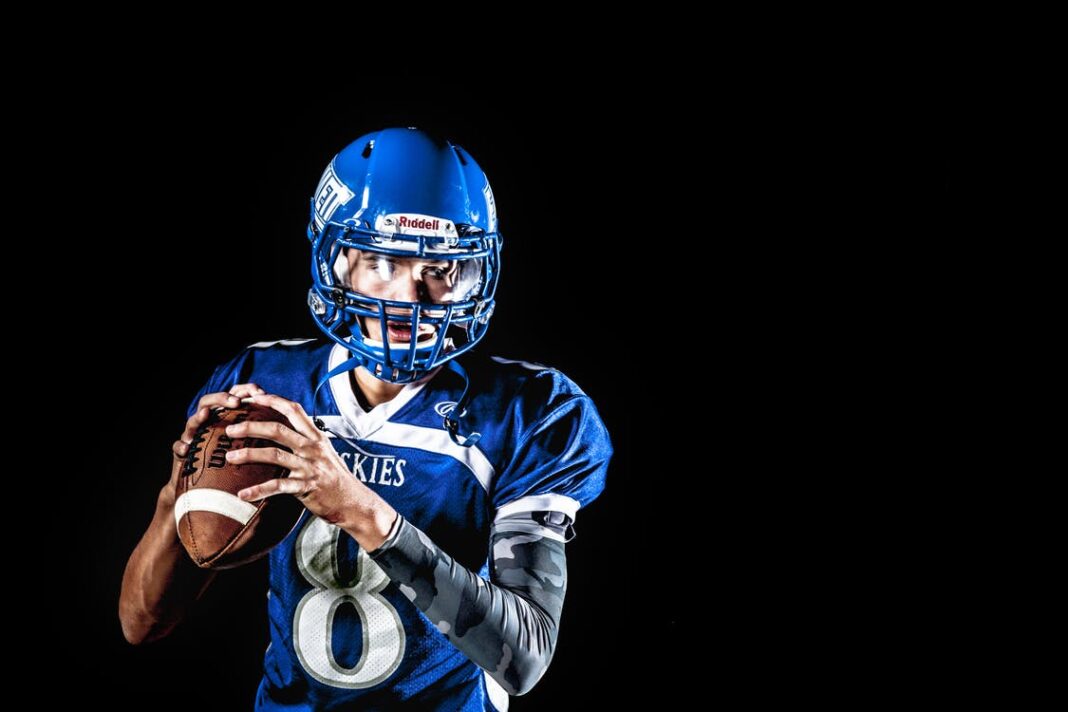 UNITED STATES—May 2018 was a very historic month for sport in the US. This was when the Supreme Court overruled the federal law that forbade betting on sport. Instead, the ruling was that individual states should have the power to decide whether or not to allow it under their own jurisdiction.

The campaign to have the law overturned was led by New Jersey and supported by several other states. Opposition, however, came from all the major sports leagues, including the NFL. It had always been their contention that, by allowing wagers to be placed, it would compromise the sport’s integrity and perhaps encourage match fixing. This has certainly been the case for other major sports, including tennis and cricket, and the concern was that these might not be isolated incidents.

But, since the ruling, the NFL quickly started to see the potential benefits for its franchises, and earlier this year they started to allow teams to take on sponsorships from betting companies.

Getting behind the Jets

One of the first teams to take advantage of this rule change was the New York Jets, who signed a deal with one of the best online gambling businesses in the industry, 888 casino.

What makes this arrangement unique is that it’s the only one of its kind to date with a dedicated online casino.

Other teams have joined up with sportsbooks and land-based casinos, but the Jets saw the advantages of linking themselves with a high-profile company with an excellent reputation. 888 casino has also been particularly active in recent times in New Jersey, where it holds a license for an online casino platform that also operates in Nevada and Delaware.

It’s a contract that has already proved to be successful, so much so that an extension was announced recently. 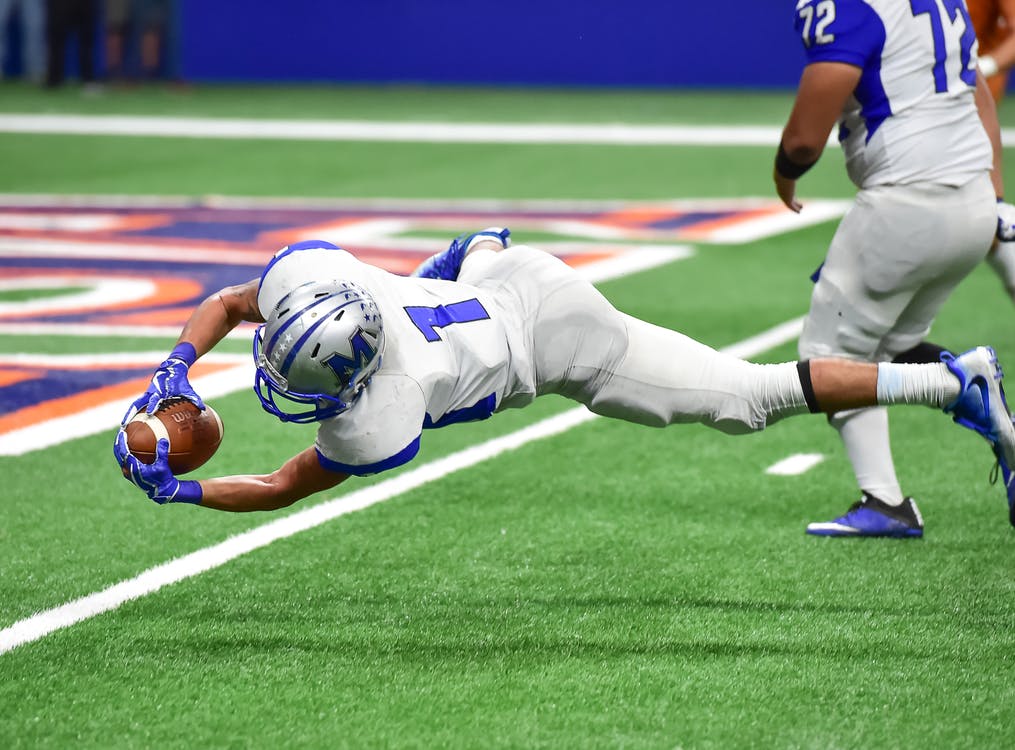 Many more teams, including the NFL itself, have now partnered up with betting companies.

While the Jets may lead the way, many other NFL teams have also found themselves betting partners. This includes the Philadelphia Eagles, Baltimore Ravens, Seattle Seahawks, Dallas Cowboys and Las Vegas Raiders.

Despite initial reluctance to become directly involved, the NFL itself has also taken on a sports sponsor in the form of Caesars Entertainment Corporation.

Just to give an idea of the huge sums involved, the deal is estimated to be worth up to $2.3 billion to the League in terms of increased revenue. It might not be quite the $3 billion that the networks are said to pay for the rights to screen the Super Bowl, but it’s a handy figure all the same. 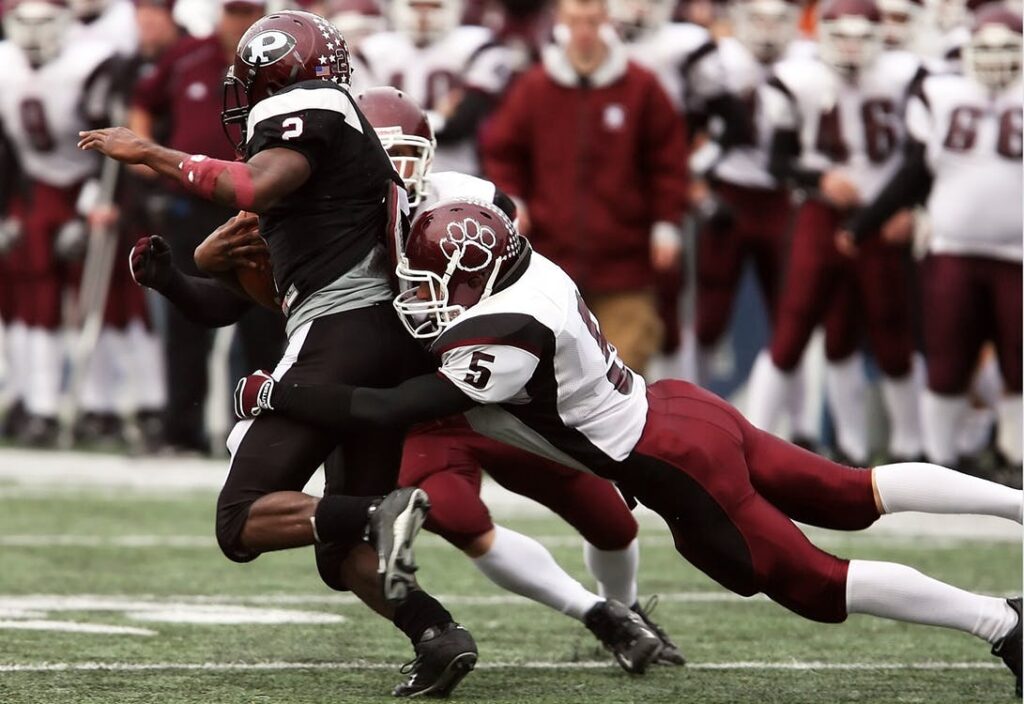 Both the team and the gambling company benefit from this sponsorship, with advertising rights granted to the sponsor.

When it comes to what’s actually allowed under NFL rules for franchises’ gambling sponsorships, there are many benefits for both parties. For the sponsors, they can usually use their team’s logo and other branding on their own materials. It also gives them the right to offer prizes for their contacts and customers from VIP events at home games.

They are also allowed to display their own branding in and around the stadium, for example on the hoardings and score boards. There’s also a trend for a branded hospitality area to be set aside in the stadium, either for the use of their sponsors or their guests.

One element that is not currently allowed is placing a bet within the area of the stadium. However, booths nearby are permitted to accept bets. Many of the sponsors are also starting to develop dedicated apps which will allow online betting under the agreements in place.

For the franchises, the main benefit is the large injection of cash that sponsorship brings with it. This is also supported by the broader publicity that their connection generates, with the possibility of drawing in new fans to the NFL.

While it might seem like professional sports teams are already very affluent, this hides the fact that their overheads are huge. For example, when Lebron James signed his new Lakers contract for an alleged $39 million a year. He may be one of the highest-paid players ever, but the overall salary bills for professional teams are huge.

So, the money raised by sponsorship makes a valuable contribution. It has also become an established way for most sports to show their affiliations with other complementary brands.

As salaries continue to rise and the expenses of running a team at the highest-level follow suit, we can expect to see many more of these kinds of deals being struck. And sport, in general, will undoubtedly be the winner.