MALIBU—This is the true story of the rise and fall of a healthy successful business man… simply because he went for a routine physical exam at Kaiser.

My dad was the model of an Irish lad. Health insurance appeared to be a needless expense for a teenage immigrant with empty pockets and vast ambition. That was, until, as a married man, my mum’s hysterectomy caused her premature death. A common surgical procedure left my mum comatose after they failed to discover that a piece of gauze had mistakenly been left in her, causing a devastating infection that eventually claimed her life.

The doctor made the mistake, but my dad was forced to pay the bill out of pocket to the tune of $900,000+. Having risen from broke immigrant to successful businessman, my dad became another victim of the American healthcare system.

During the course of that nightmare, my dad opted to purchase a health insurance policy through Kaiser, as a preventive method to a longer healthy life. Although he was symptom free, youthful and healthy he went in for a simple physical with Dr. Sean McCarthy. This physical revealed what we already knew: he was a model of health. Growing up, my dad and I played basketball daily, went to the gym five-to-six days per week, and went on at least one weekly run. This isn’t to mention his lifelong romance with his native sport, rugby.

What’s more, our family had a spotless medical history: no recorded physical or mental disease and no substance abuse issues. My paternal grandparents lived into their nineties. All of my father’s six siblings, of which he was the youngest, are alive and well, bearing no cases of alcoholism, obesity, heart problems, diabetes, multiple sclerosis, Alzheimer’s, or other neurological diseases.

Though incredibly fit, his cholesterol numbers were high, a common hereditary trait in our family. Warned that his cholesterol put him at risk of a stroke, he was promptly prescribed Lovastatin.

Within hours of taking the first statin, he experienced dizziness. Concerned, he phoned the doctor but was told not to worry, that his body would adjust to this unpleasant side-effect.

The following day, my mum died. Heartbroken, my dad ignored his own health as his side-effects worsened. He began to experience numbing in his legs. Once the picture of vitality, my father began to fall asleep at his desk in the middle of the day. He knew something was terribly wrong. He made several more calls to the doctor after experiencing dizziness, blurred vision, unexpected falls, drowsiness, and numbing in his legs. Each time Dr. McCarthy assured him it was related to “aging” not the statin medication.

Each time he visited the doctor he was told that his symptoms were the product of stress and aging. Assured his physical ailments were brought on by the emotional trauma of losing his wife, best friend and if he were to stop taking the drug, he would surely have a stroke, the doctor said. He continued taking Lovastatin.

After my mum’s death, I developed a profound distrust of doctors which I wasn’t afraid to share. The surgeon whose mishap led to her death was a dear friend of the family, so I was even more dubious of a stranger’s treatment. Terrified of losing both my parents, I accompanied my dad on a visit to the doctor six months after this started. With tears of anger in my eyes, I pleaded for my dad to be taken off the medication that was so clearly harming him. I was prepared with four-hundred pages of internet research documenting negative side-effects of statin treatment and thousands of personal testimonies from the internet, most namely, Peoplespharmacy.com.

The doctor took time listening to my complaints but looked at me as if I was a hysteric, grief-stricken girl. He told me that I was confused, that the internet was not a viable source of information, that he was sorry for the loss of my mother, but that statins had nothing to do with my father’s fading health. I knew one day that he would be proven wrong… I only wished it didn’t take 2 years and total disability to learn the truth. 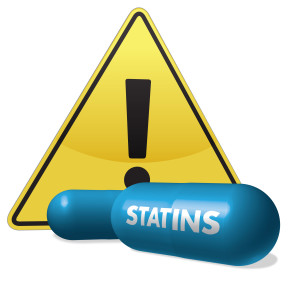 d the doctor’s advice and I was commanded to drop the subject. For two years he took Lovastatin and we argued, and for two years his health deteriorated as his specialists and prescriptions piled up onto his weekly schedule, he was now on several different medications.

Seeking a second opinion was difficult to do at Kaiser but after much argument we succeeded in seeing Dr. McCarthy’s associate. My dad was diagnosed with Statin-induced Myopathy, a muscular disease that was crumbling his once chiseled form. He promptly stopped taking Lovastatin and immediately showed signs of improvement.

Thousands of dollars were spent on remedies for the statin induced side-effects. Hospital tests and emergency room visits became regular. Nasty falls left my dad with broken ribs and later a broken hip. Two years of freedom and independence were lost. Companionship and enjoyment of life were suddenly out of reach.

But I refused to believe this was the end, that I would never again see the strapping Irish lad of my childhood. I resolved to find a natural cure, and I did… but not before I witnessed the fall of a successful healthy business man due to a physical exam where the doctor pushed statin medication until the point of total disability of a very healthy and youthful man.

The articles addressing statins can be found by clicking on the links below:

The Secret Of Statin Drugs (Part 1)

I would love to hear about your experiences with statin drugs. Please email me at hazel@canyon-news.com. Find me on twitter at hazel90210.