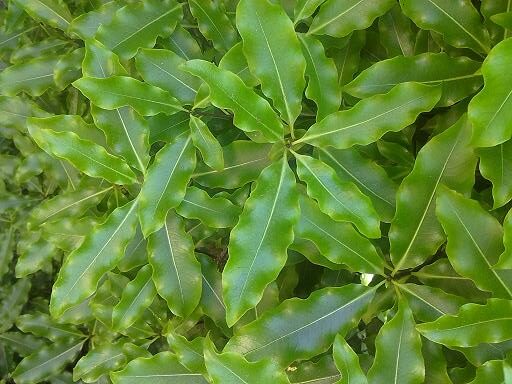 UNITED STATES – It is safe to say that any remaining frost damage can be pruned away. Frosted foliage and stems were only left through winter to help insulate inner stems from more damage by subsequent frost, and to avoid stimulating new growth that would be even more sensitive to frost. Now that there is no threat of subsequent frost, and surviving, but damaged plants are growing anyway, there is no reason to retain unsightly frosted foliage. The few plants that do not regenerate probably did not survive.

Spring is the busiest time of year for most plants. By now, most have either bloomed or will be blooming soon. Early spring bulbs have already finished. Later bulbs will be blooming soon enough. Deciduous plants that were bare through winter are developing new foliage. Evergreen plants are likewise growing new foliage to replace older foliage that will get shed later in the year.

Overgrown or disfigured oleander, photinia, bottlebrush, privet, pittosporum and juniper that need restorative pruning can be pruned now. They recover most efficiently in early spring, and have plenty of time to develop plenty of new growth before they slow down again next autumn. If pruned much earlier, they would have stayed bare longer, since they would not have grown much through winter. Besides, almost all pittosporum are susceptible to disease if fresh pruning wounds are exposed to rainy weather.

Seed can be sown for any of the warm season vegetables and flowering annuals, such as zucchini, corn, okra, nasturtium, lupine and sunflower. Tomato, pepper, eggplant, petunia, marigold and busy Lizzie (Impatiens) can likewise be grown from seed, but are easier to grow from small cell pack plants. Cuttings of jade plant, iceplant, sedum and all sorts of succulents, as well as divided pups of aloe, agave and yucca, really get going well this time of year.

Boronia may not be completely new to west coast gardens, but ‘Shark Bay’ boronia, Boronia crenulata ‘Shark Bay’, might not be immediately recognizable as a relative of the more familiar types that have wispy foliage and contrasting brownish red flowers. Instead, it has more substantial light green leaves and soft pink flowers. The foliage and flowers are similarly tiny, just not as finely textured. Bloom is sporadic throughout the year, and becomes more abundant as winter ends and spring begins.

‘Shark Bay’ boronia likes somewhat regular watering, and to be in full sun amongst other plants. Harsh exposure or too much glare (such as from pavement or exposed walls) can fade foliage. Light shade is not a problem, but too much shade inhibits bloom. Because it grows rather slowly and does not get too big, ‘Shark Bay’ boronia does well in containers, and plays well with annuals and complaisant perennials. Mature plants do not get much more than two feet high.