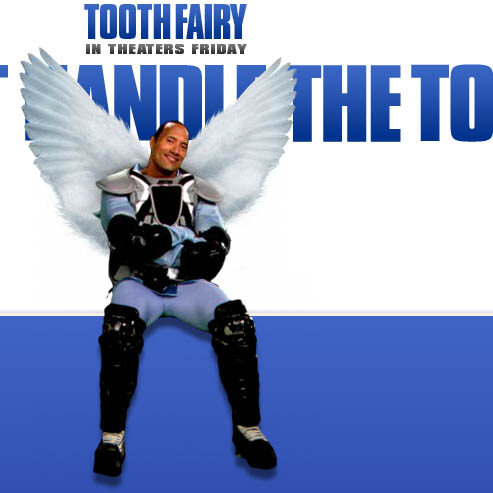 HOLLYWOOD—”The Tooth Fairy” is a new film out this week starring former wrestler, The Rock, who is known as Dwayne Johnson. The film, which also stars Ashley Judd and Dame Julie Andrews, was a major letdown. I had high hopes with Dwayne Johnson as Derrick. In the past, he mastered the art of children’s films and I had believed the film directed by Michael Lembeck would deliver a funny and entertaining punch. Not so. It’s directed in a very different but very boring style in my opinion and Julie Andrews is utilized far too little for the 101-minute feature.

Also normally very fascinating and solid in films is actress Ashley Judd who portrays Carly. The film utilized stunt scenes and very little storyline, which leaves one wishing they had never gone to the theater to see it.  Parents won’t have to worry about any shocking surprises, but the kids won’t be interested in the lead character Derrick as much as the film hypes him and Johnson in the title role.

What this film does is take advantage of some of the best actors in entertainment today, like Johnson, Judd and Andrews and uses their names and popularity to get the movie goer into the theater only to feel cheated and that the film was not worth the cost for admission.

“The Tooth Fairy” gets Two Stars of Five for clean humor and some funny lines, but don’t expect the kids to want to return for a second show.