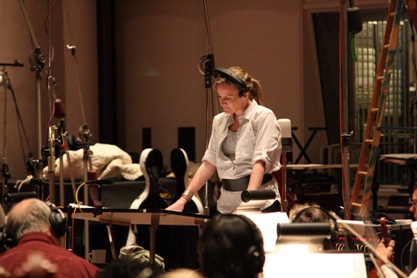 A Tribute to Thin Lizzy’s Gary Moore Will be Featured

The event’s prestigious list of Honorary Patrons include Roma Downey, award-winning actor Martin Sheen (“The West Wing,” “The Departed,” “Apocalypse Now”), OscarÂ®-nominated father/daughter team director Jim Sheridan (“In the Name of the Father,” “My Left Foot”) and director/writer Kirsten Sheridan (“August Rush,” “In America”), with additional Patrons to be announced.

“This is Ireland” is the vision of Galway native Noone and her husband, Craig Stuart Garfinkle, an award-winning music producer and Emmy-nominated composer.

“After Los Angeles’ annual St. Patrick’s Day Parade was cancelled last year, we decided to dedicate a fresh new event in celebration of Ireland’s rich socio-cultural history,” states Noone. “Not only do we want to share our favorite things about being Irish with our adopted city, but we also want to create a meaningful and exciting Irish experience to redefine St. Patrick’s Day. “

Noone will answer the question, “What does it really mean to be Irish?” by taking the audience on a whistle-stop tour of Ireland’s rich, poignant and at times humorously complex, socio-cultural history. Pathos, tradition, tragedy and comedy will share the stage in this in-depth illustration of the colorful facets of the Irish psyche which will include: a 40-piece orchestra, a chorus, a core rock ensemble, Irish film clips, news reels, dance, excerpts from great literary works, letters from Irish American emigrants, special greetings from Ireland’s President Mary McAleese, and even a sword fight between the legendary Grace O’Malley “The Pirate Queen” and her ex-husband Domhnaill.

With a mix of original and traditional composition, “This is Ireland” will feature Irish music ranging from folk songs (including songs from the Famine) to film scores and will include music by OscarÂ® and Grammy-winner John Williams (“Jaws,” “Star Wars,” “Schindler’s List,” “Harry Potter”), multi-Academy AwardÂ®-winner Elmer Bernstein and Ireland’s great 18th Century harper-composer O’Carolan. The program will also feature the bewitching tunes of Golden Globe-nominated film composer Christopher Young (“Swordfish,” “Spiderman 2,” “Drag me to Hell”), the nocturnes of 19th Century composer and concert pianist John Field, and music from Irish rock stars such as U2 and Thin Lizzy, with a special tribute to Gary Moore.

“This is Ireland” is sponsored by Tourism Ireland and Kerrygold.

Ticket Purchase Details: Individual tickets are $38/58/68/88 for the performance. For additional information and tickets go to UCLALive.org/calendar/event.