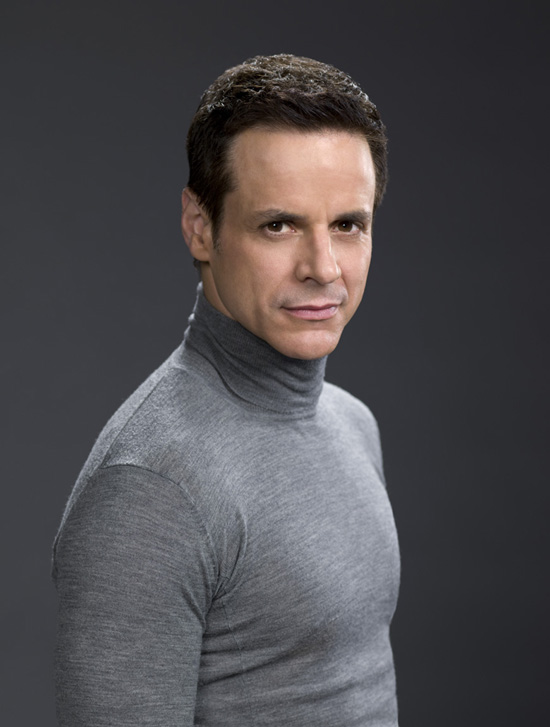 BEVERLY HILLS —This week in Hollywoodland was filled with breaking Jackson news, as usual, but also news that a second “Y&R” star has taken to painting. Also, Kate Gosselin was back in the news, an Emmy-award winning actress who has become a movie star returned to her roots and the soap that made her a star. We are also counting down the hours to the Oscar awards show, which should be a big night for “Hurt Locker” and “Avatar.”

While handsome talented star Thom Bierdz, who portrays Phillip Chancellor on CBS’s “The Young and the Restless,” spends the weekend in Washington D.C. to support OUT for Work at the Mova Lounge, Canyon News found out his “Y&R” costar Christian LeBlanc is also dabbling in the arts. Bierdz who is arguably the best painter and artist in the nation seems to be amongst great talents on the “Y&R” set. LeBlanc, a multi-Emmy winning actor who portrays Michael Baldwin on the number one soap, also had an art opening at the Jean Bragg Gallery of Southern Art in New Orleans beginning today, March 6. It’s his first show in his home town. Jean Bragg Gallery of Southern Art is located at 600 Julia Street. For more information please call 504-895-7375 or go online at jeanbragg.com.

“As The World Turns” former beauty and also Emmy-winner Julianne Moore, who is a movie star returned to work on the CBS show this week playing the role of Frannie Hughes. A role that made Moore a household name and was the beginning of her stardom obviously meant a lot to the talented actress. Moore starred on the hit series from 1985 to 1988. “ATWT” will turn out the lights and stop the world from turning in mid September. The show has been on-air for over 54 years.

Social workers arrived at the famed Jackson-family compound in Encino this week when a caller from inside the mansion reported that one of Jermaine Jackson’s children had ordered a stun-gun and was allegedly pointing it at one of Michael’s children. These allegations have been vehemently denied by the Jackson family attorneys and they say the boy was testing the gun on paper inside a bathroom. California authorities are reportedly returning to the family home soon to further investigate the matter.

Perhaps Katherine Jackson needs help from Mrs. Olivia Walton? Actress Michael Learned who portrayed Olivia Walton, the mother of John Boy, Elizabeth, Mary Ellen and the rest of the Walton clan is joining ABC’s “General Hospital” in April for a short-term role as Shirley Smith, a cancer patient of the hospital. In 2005 Learned starred as a judge on both “All My Children” and “One Life To Live” as a judge.

ABC has named the upcoming “Dancing With The Stars” contestants and they include “All My Children” star Aiden Turner and none other than “Jon and Kate Plus 8” star Mrs. Kate Gosselin. The mother of eight will be flying back and forth from her home in Pennsylvania to Los Angeles where the show is filmed at CBS TV City in Hollywood. My friend Buzz Aldrin will also be appearing on the show this upcoming season. The 80-year-old retired American pilot Aldrin can still show his moves with pride. Buzz was the second person to set foot on the moon following Neil Armstrong. He will be the oldest contestant to appear on the show this season.

If you haven’t heard the word Palin enough already, get ready for yet another Palin to be getting her 15 minutes of fame. This time it’s beautiful Bristol Palin, who deserves some time away from young motherhood and college. Bristol taped a cameo on ABC Family’s “The Secret Life of the American Teenager,” and my sources on the set tell me that she did a wonderful job. Bristol was prepared, professional and very well-mannered. Afterwards, she and her mother partied at some pre-Oscar parties in town. Bristol Palin is a young girl who made a mistake and unlike others around her, has not used her fame to make money while playing the victim and causing further political strife in our nation. Good luck to Bristol and do watch the episode she starred in to show our support for a young lady who is doing a great job raising a child alone and getting an education. The episode airs in June or July 2010. Sarah Palin’s been shopping an Alaskan-based reality series of course starring herself to TV reality producer Mark Burnett. Just what America needs more reality-TV.

For a chance to meet Marc Cherry, creator of “Desperate Housewives” and Marco Pennette who created “Ugly Betty,” you can go to Luke Yankee’s upcoming second seminar on Tuesday, March 9, Conversations on Craft. The seminar is a wonderful informal Q&A given by Luke Yankee, a successful actor, producer and director in the business. To purchase tickets go to brownpapertickets.com/event/91183. Yankee did a recent interview with Canyon News and expressed his excitement at the chance to share with people who want to succeed in entertainment, the advice from people who have made it.

Author John O’Dowd tells me that he has just started a new interview project with former ABC Records and RCA singer Randy Gurley. Once touted in industry press releases as being ’the next Linda Ronstadt,’ Randy was unable to become a hit recording artist during her time in country music, but she is now working very successfully as a psychotherapist and licensed clinical social worker. In fact, ”˜Rand’ is one of our country’s leading practitioners of Equine Facilitated Psychotherapy, a treatment modality that uses horses in a therapeutic setting for at-risk children and teenagers. “I hope to have Randy’s article online at my Web site (hollywoodstarletbarbarapayton.com) sometime this spring,” the handsome author tells Canyon News.

O’Dowd’s acclaimed biography “Kiss Tomorrow Goodbye: Barbara Payton Story” is making news in NYC right now. The talented artist Jim Lutes who created the book cover, which is a beautiful tribute to the fallen star has his artwork, the actual cover of the book displayed at the Whitney Museum of American Art in New York City as part of the 2010 Whitney Biennial exhibition. John O’Dowd tells Canyon News, “I hope Jim receives a ton of accolades for his work on this gorgeous painting of Barbara, and I hope he also knows how much this kind gesture has touched me, and most assuredly, Barbara’s son John, and her best friend and sister-in-law, Jan, too.” Check out the image and details of the exhibit at whitney.org/Exhibitions/2010Biennial/JimLutes

“The Bold and the Beautiful” actor Ronn Moss was visibly shocked after the jury gave him some of the lowest scores yet, especially given his almost non-stop dance rehearsal schedule. Moss made it clear, live on the air, after having danced the merengue with partner Sara di Vaira, that he felt the low scores by the judges did not reflect how much progress he has made as a dancer. The jury accorded Ronn and Sara 7-7-8-7-6 for a total of 35 points. The audience obviously agreed with Moss, because after the viewer call-in and text votes were tabulated, it was determined that Moss and di Vaira will be going through to the next episode, which will air on today live in Rome, Italy.

To see Ronn’s merengue, his questioning of the judges, and a behind the scenes at The Bold and the Beautiful which aired on Dancing with the Stars Italy, visit youtube.com/watch?v=9xzWWhk9XTc.

On Sunday night Hollywood and the world celebrate the best movies and most talented actors and actresses of the year. We also pay homage to the ones we lost in 2009 and everyone is talking about who the Best Director Academy Award will go to. For the past few weeks my money was on James Cameron. Although he’s still a frontrunner, Kathryn Bigelow is getting a lot of attention and many voters have voiced their admiration for her film “The Hurt Locker.” Will “Avatar’s” almost three billion dollars world-wide box office gross knock her out of the way, or will there be a dark horse like “Precious” director Lee Daniels to give the night an upset?

For Best Actress, Gabourey Sidibe and Meryl Streep are fighting it out, but my vote goes to Virginia native Sandra Bullock who was excellent in “The Blind Side” and has earned her place on the list after years of hard work in this town. Supporting Actress is most assuredly going to Mo’Nique for “Precious” with Penelope Cruz in “Nine” getting lots of buzz.

Best Actor award may go to Morgan Freeman for “Invictus” or George Clooney for “Up in the Air.” Though my hope is that longtime favorite Hollywood royalty Jeff Bridges gets the award for his amazing work in “Crazy Heart.” A film that was almost not made. Supporting hands down belongs to Matt Damon in “Invictus”; however, Christopher Plummer looks to have pretty good odds in “The Last Station.” The Best Picture is in my opinion up for grabs between “Hurt Locker” and “Avatar.” Though all 10 pictures are excellent and all very popular with Academy voters.

Everyone nominated is truly a winner. Enjoy the Oscars on ABC on Sunday night.

Photograph of Christian LeBlanc Courtesy: CBS, Sony and “The Young and the Restless”